The unexpected victory of the Parti Québécois in Monday's by-election in the riding of Argenteuil has revitalized the party's fortunes and may have dampened the Liberals' enthusiasm for a late summer general election.

The Liberals never expected to lose a riding they have held since 1966. Premier Jean Charest even headed into the riding, located just north of Montreal, to deliver a victory speech before witnessing the defeat.

"This gives our supporters real hope," PQ Leader Pauline Marois said on Tuesday. "Voters have sent a message expressing widespread discontent …This government failed to control the student crisis, which has degenerated into a broader social crisis."

The PQ argued that the Liberals deliberately provoked a social crisis in order to polarize public opinion and make political gains. "They tried to use the crisis for electoral purposes and it backfired on them," PQ house leader Stéphane Bédard said.

The Liberals were convinced that voters would support Mr. Charest's tough law-and-order strategy against the student protest movement over tuition-fee increases and contain the social unrest that has spilled into the streets of Montreal and other cities. The Liberals' special law, which has been widely denounced as draconian and an attack on freedom of speech, was supposed to quell demonstrations but only served to galvanize a much wider protest movement.

When the votes were counted Monday night in Argenteuil, the Liberals had dropped 16 percentage points in support compared with the 2008 general election while the PQ had barely increased its level of support. Part of the Liberal support went to the Coalition Avenir Quebec, but a good proportion of voters just skipped the by-election altogether – voter turnout was only 42 per cent.

In Monday's other by-election – another Liberal stronghold in the Montreal riding of LaFontaine – the party won easily but with a voter turnout of only 25 per cent.

The lack of enthusiasm among Liberal supporters fuelled concerns that the party could lose should Mr. Charest decide to call a general election in mid-August. By-elections don't necessarily reflect the outcome of a general election but Monday night's loss may have given the Liberals serious pause for concern.

"We have taken some unpopular decisions. And some people were disappointed. But we are not here to be popular, we are here to govern. And in a general election when people will weigh the pros and the cons, I am confident this government will be re-elected," said Natural Resources Minister Clément Gignac in explaining Monday's Argenteuil defeat.

Should Mr. Charest decide to wait, he may have to put off the election for a full year to allow the dust to settle from the damning revelations expected at the Charbonneau Commission probe into allegations of corruption in the construction industry and the awarding of government contracts. Or Mr. Charest may consider stepping aside as leader, a scenario he has so far excluded.

The longer he waits, the more time CAQ Leader François Legault will have to build his fledgling party. The CAQ finished third in both by-elections. Even Mario Laframboise, the former Bloc Québécois MP from Argenteuil, was unable to give his party momentum.

"The student [issue] polarized the debate and we were faced with a problem of notoriety," Mr. Legault explained.

It was the CAQ's first experience in an election campaign and the results were disappointing, causing headaches for Mr. Legault in his bid to raise money and recruit star candidates in time for a late summer campaign, should it happen. 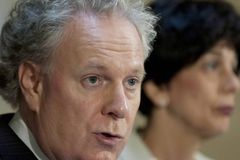 PQ trumpets by-election win as ‘beginning of the end’ for Charest
June 11, 2012 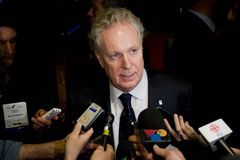 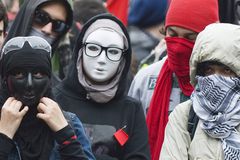 Protests made this year's Grand Prix a 'tough one,' promoter says
June 9, 2012 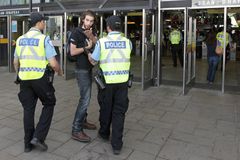 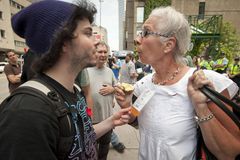