Stephen Harper and David Cameron have formed an alliance of debt hawks, scolding European nations with calls to act decisively to stem Greece's debt crisis and asserting that nations must cut spending and deficits to avoid tipping the world into recession.

It was a rare moment when a Canadian Prime Minister and another major foreign leader formed a lockstep team to urge a specific course on the world.

Mr. Harper and his British counterpart, also a Conservative, issued dire warnings about the crisis in Europe. Mr. Harper said the situation is at a "perilous point." Mr. Cameron said: "We're not quite staring down the barrel. But the pattern is clear."

With Greece's debt problems continuing to trouble financial markets, and fears they could spread to other governments and European banks, Mr. Harper and Mr. Cameron told euro zone nations to stop letting the problem linger and act decisively. But their fundamental prescription of austerity may clash with arguments that spending to stimulate growth is necessary. U.S. President Barack Obama is pushing a jobs program.

Mr. Cameron's half-day visit to Ottawa came with the full pomp of ceremony and a speech to Parliament, and showed two leaders who see eye to eye personally, and on many policy matters.

"Neither of us will be accused of exaggeration if we acknowledge that the most immediate test confronting us all is to avoid the devastating consequences of a return to global recession," Mr. Harper said as he introduced Mr. Cameron in Parliament.

"And above all else, without a will to address growing uncertainty to decisively tackle what are, in some cases, dangerous and unsustainable levels of national indebtedness, without actions on these matters, the world will not avoid such consequences."

Mr. Cameron, hailing Canada as a model of fiscal probity and pointing to his own deep spending cuts, argued that debt cutting is the only way to fix a disturbing pattern, with economic growth in Europe and the United States stalled. He said the problem is high debts of governments and individuals, and that the fear that they won't be repaid will spark a loss of confidence and a rise in interest rates.

"This is not a traditional, cyclical recession. It's a debt crisis," he said.

He added: "Highly indebted households and governments simply cannot spend their way out of a debt crisis. The more they spend, the more debts will rise and the fundamental problem will grow."

At the nub of the debt problem, he indicated, is a problem Europe hasn't fixed: the debt crisis in Greece. Mr. Cameron urged euro zone countries to "act swiftly." He told reporters later that Greece must deliver on its austerity promises, and euro zone nations must deliver on promised bailouts.

Mr. Harper said markets' fears are at "dangerous" levels, and this situation is far worse than austerity measures would be. "This is the most immediate and pressing problem facing the globe, and it is at a perilous point, and it does have to be dealt with."

But it's far from clear that governments and consumers will heed the call for austerity. Some, including Mr. Obama's administration, say growth measures are needed so economic demand does not shrink. And there is public resentment over cutbacks in many countries, including Greece.

"What can you say other than the longer you wait, the worse the solution becomes?" Mr. Harper said.

Earlier, both leaders signed a letter with four other G20 nations – Australia, Indonesia, Mexico and South Korea – to French President Nicolas Sarkozy, host of the next G20 summit, pressing the need for "decisive action."

Mr. Cameron called the message "part of the pressure that needs to be brought to bear to make sure that the G20 does what is necessary."

Stephen Harper evoked Britain's special relationship as one of Canada's "great motherlands" when he introduced David Cameron to the House of Commons. But it is Mr. Harper's relationship with the British Prime Minister that has warmed the tone between Ottawa and London.

And now Britain's Conservative Prime Minister has come to Ottawa to provide a kind of foreign-leader blessing to Mr. Harper's government. "In the last few years, Canada has got every major decision right," he said. He gave a glowing review to Mr. Harper's handling of the economy and said they have the same analysis of the challenges the world faces.

The chill between Mr. Harper and former British prime minister Gordon Brown – a friend of Liberal prime minister Paul Martin, was barely concealed. But the relationship Mr. Harper has struck with Mr. Cameron is chummy. Their telephone conversations are frequent; they make friendly small talk, according to sources. 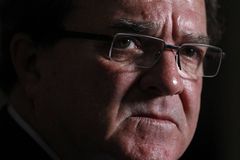 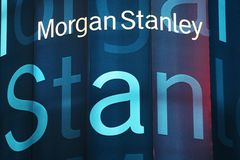