Canada and 10 other countries have reached an agreement on the "core elements" of a new Trans-Pacific Partnership trade deal, but some contentious areas – including auto rules and cultural protections – have been set aside for further negotiations.

The late-night deal was reached Friday on the sidelines of the Asia-Pacific Economic Co-operation forum in Da Nang, Vietnam. It came just hours after Prime Minister Justin Trudeau was accused of blocking an agreement earlier in the day.

The political drama included a scheduled meeting of TPP leaders that Mr. Trudeau did not attend. The meeting was ultimately cancelled, leading to international media reports that Canada had "screwed" its TPP allies after getting cold feet.

Read more: How Canada allied with Mexico to fend off TPP pressure from Japan, Australia

On Saturday in Vietnam, Trudeau said it shouldn't have come as a surprise to anyone when Canada declined to sign the agreement. He said he sent signals all week that Canada would not close the TPP treaty unless it was right for Canadians.

"We were not going to be rushed into a deal," Trudeau told reporters at his closing APEC news conference.

"It should come as no surprise and it actually didn't come as a surprise to people who'd noticed that I was saying that and have been saying that all week."

Canadian Trade Minister François-Philippe Champagne dismissed the reports as a "misunderstanding" and said Canada took the time it needed to push for stronger environmental and labour protections.

"This is Canada. We won't settle for just any deal," he told reporters Friday. "This is about making sure that Canada as a Pacific nation would have access to the markets in the Pacific region. This is also about setting the terms of trade in the region."

Mr. Champagne said any changes to trade rules affecting the auto sector – a major point of concern among North American auto makers and labour leaders – would be determined at a later date.

The TPP negotiations originally included the United States. A deal was signed in 2016 but it was never implemented, and U.S. President Donald Trump withdrew from the pact. He campaigned strongly against the plan, calling it "a continuing rape of our country" and "a disaster."

The challenge for Canada and Mexico at the TPP talks is that both countries are also in the midst of renegotiating the North American free-trade agreement with the U.S., so many of the same issues are in play at the separate negotiating tables.

Mr. Trudeau had been singled out by Japanese Prime Minister Shinzo Abe earlier in the day as the reason why a TPP deal had not already been reached in time for the meeting of TPP leaders.

While APEC has 21 members, the 11 countries of the TPP are Australia, Brunei, Canada, Chile, Japan, Malaysia, Mexico, New Zealand, Peru, Singapore and Vietnam.

"Ministers are pleased to announce that they have agreed on the core elements of the Comprehensive and Progressive Agreement for Trans-Pacific Partnership," the countries said in a draft statement.

Another section lists four categories as areas where "substantial progress was made but consensus must be achieved before signing": the treatment of state-owned enterprises, services and investment, dispute settlement and culture.

A Canadian government official said rules related to the auto sector continue to be part of the TPP but will be the subject of a "work plan" to reach an agreement on details.

Unifor president Jerry Dias, who represents Canadian auto workers and is a member of Canada's advisory panel on NAFTA negotiations, said the original terms of the TPP deal would have been very harmful to the auto sector, so he was glad to hear no new deal was finalized this week.

"There's a lot of work to do. There's a lot of identified areas that are flawed in the original agreement," he said. "So the fact that nobody's plowing ahead with a flawed deal gives me some comfort. At least there's some opportunity for dialogue and consensus making as it relates to how we're going forward."

Canadian Manufacturers & Exporters CEO Dennis Darby noted that because of the amount of U.S. content in Canadian manufactured goods and the fact the U.S. is no longer part of the TPP, it is very important that Canada rework the terms of the original deal.

"I think Canada has done the right thing by saying we need to go back and consult with our industry stakeholders and the public again," he said in an interview.

Canadian Vehicle Manufacturers' Association president Mark Nantais said in a statement that his members support Canada's decision not to be pressured into signing a TPP deal before all concerns are addressed.

"TPP outcomes must address export market access issues to the Asia-Pacific marketplace and recognize Canada's competitiveness as part of the North American trade bloc to support, and not harm, Canadian automotive manufacturers," he said. 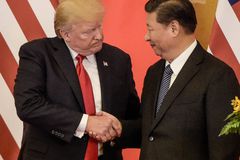 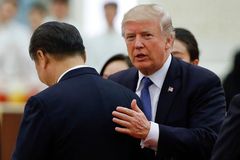 TPP countries salvage agreement to keep trade deal alive
November 10, 2017
Follow Bill Curry on Twitter @curryb
Report an error Editorial code of conduct
Due to technical reasons, we have temporarily removed commenting from our articles. We hope to have this fixed soon. Thank you for your patience. If you are looking to give feedback on our new site, please send it along to feedback@globeandmail.com. If you want to write a letter to the editor, please forward to letters@globeandmail.com.
Comments