In a damning indictment of how Canada handled prisoners early in its southern Afghan mission, a government whistleblower says all captives that Canadian soldiers transferred to local authorities ended up being tortured - even though many were likely innocent.

The revelation to MPs by Canadian diplomat Richard Colvin, who served 17 months in Afghanistan, is the first ever testimony by a government official that says the country's military handed over detainees to certain torture.

The Harper government has never admitted it knew this was happening.

In his remarks to a Parliamentary committee on the Afghanistan mission, Mr. Colvin also described a startling pattern of indifference and obstruction to his attempts to warn higher ups of what was happening in 2006 and 2007.

He said Canada's "complicity in torture" ultimately thwarted its military aims in the southern Afghan province of Kandahar.

"Instead of winning hearts and minds, we caused Kandaharis to fear the foreigners. Canada's detainee practices alienated us from the population and strengthened the insurgency."

Mr. Colvin, who first started red-flagging for Ottawa "serious, imminent and alarming" problems with the treatment of detainees in May 2006, said Canada took far more prisoners in the early days than some other NATO allies. He said Canadians captured six times more than the British and 20 times as many as the Dutch.

"They were picked up ... during routine military operations, and on the basis typically not of intelligence [reports]but suspicion or unproven denunciation."

Most of the detainees Canada collected were not what Afghan intelligence services would call "high value targets" such as Taliban commanders, al-Qaeda terrorists or bomb makers, Mr. Colvin told MPs in testimony Wednesday.

Yet, he said, they all faced the same fate. "According to our information, the likelihood is that all the Afghans we handed over were tortured. For interrogators in Kandahar, it was standard operating procedure," Mr. Colvin said.

"In other words, we detained, and handed over for severe torture, a lot of innocent people."

The diplomat said from the very beginning in May 2006 his warnings were sent to the senior ranks of the military. This included Lieutenant-General Michel Gauthier, then-commander of Canadian Expeditionary Force Command, which oversees foreign deployments. Mr. Colvin said he believes that Lt.-Gen. Gauthier would have relayed these reports to Canada's top soldier at the time, General Rick Hillier.

It wasn't until May of 2007 that the Harper government overhauled its prisoner-transfer agreement with the Afghan government, negotiating a new one that allowed for follow-up visits to ensure detainees weren't tortured.

Before then, the Conservative government fiercely defended the treatment of Afghans they had handed over to Kabul's security services for interrogation, with then-defence minister Gordon O'Connor saying that if there was something wrong the Red Cross would have informed Canada.

But Mr. Colvin, now posted at Canada's embassy in the United States, said the Red Cross had trouble even contacting Canada. He said for three months in 2006, when the Red Cross tried to raise concerns about detainees with the Canadian army, the "Canadian Forces in Kandahar wouldn't even take their phone calls." It's now known the Red Cross was trying to warn Ottawa about abuse.

The diplomat said the Canadian government responded to his frequent warnings by telling him to stop writing these concerns into reports. He said those asking him to censor himself included David Mulroney, then the senior point man on Afghanistan, as well as Colleen Swords, a senior official at the Department of Foreign Affairs and International Trade (DFAIT).

"At first, we were mostly ignored. However by April 2007 we were receiving written messages from the senior Canadian government co-ordinator for Afghanistan to the effect that I should be quiet and do what I was told, and also phone messages from a DFAIT assistant deputy minister suggesting that, in future, we should not put things on paper, but instead use the telephone," Mr. Colvin told MPs.

He said censorship expanded with the arrival of Arif Lalani as Canada's new ambassador to Afghanistan in May 2007.

"Immediately, thereafter, the paper trail on detainees was reduced," he said. "Reports on detainees began sometimes to be censored with crucial information removed."

Conservative government MPs listening to Mr. Colvin's testimony said they doubted his testimony, suggesting captured prisoners have lied about abuse or self-harmed themselves for propaganda purposes.

"Out of 5,000 Canadians who have travelled through there, at least in that period of time, you were the one single person who is coming forward with this information. So you will forgive me if I am skeptical," Tory MP Jim Abbott said.

"The fanning of the fames of outrage over allegations [of torture] however unproven, are really having the desired effect on the Canadian people of wanting our troops to return even quicker." 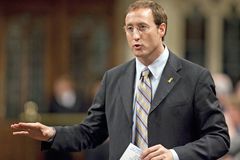 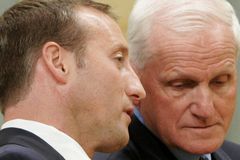