Immigration Minister Jason Kenney had harsh words for the United Nations as he announced that Canada will boycott the UN's commemoration of an anti-racism convention in South Africa 10 years ago that was widely condemned for its anti-Israel agenda.

"Canada will not participate in this charade," the Immigration Minister told a news conference Thursday. "We will not lend our good name to this Durban hatefest."

The condemnation of the UN event follows on the heels of Canada's losing pitch for a prestigious seat on the organization's Security Council. But Mr. Kenney said there is no move afoot on the part of the government to rethink its relationship with the international forum for global co-operation that Canada helped to create.

The UN General Assembly adopted a resolution this week to hold a one-day commemoration of the Durban conference, to be called Durban III, in September of 2011.

Canada, along with other Western countries, voted against the resolution because "we believe that the proposed meeting will only perpetuate the kind of objectionable, divisive rhetoric that led Canada to boycott this process in the past," Mr. Kenney explained.

"Despite the fact that the Durban declaration and its follow-up have served, frankly, to fuel bigotry, the General Assembly has chosen to repeat and even augment the mistakes of the past."

At a conference that coincided with the Durban conference in 2001, anti-Israel factions disseminated the Protocols of the Elders of Zion, a fake text purporting to be a Jewish plan for global domination, and portraits of Adolf Hitler.

When Durban II was held in Switzerland in 2009, Iranian President Mahmoud Ahmadinejad - the only international leader to attend - used the international podium to deny the Holocaust and spread racism, xenophobia and hatred, Mr. Kenney said.

Canada was the first country to boycott the 2009 conference, and it is the first to say it will not attend Durban III, which will be held in New York and has been timed to coincide with the annual opening of the General Assembly.

Last month, Canada lost its a bid for a seat on the Security Council, a defeat that Prime Minister Stephen Harper has attributed to his government's unwavering support for Israel. That loss came after Canada spent three years being the odd man out on the UN Human Rights Council, which some critics say is controlled by a bloc of Islamist and African states.

"On about 15 different occasions we were outvoted by a margin of like 50 to 1 in voting against unbalanced resolutions," Mr. Kenney said.

But he insisted that his government continues to consider the United Nations an important multilateral forum and supports many UN activities such as the UN High Commissioner for Refugees, the World Food Program and Unicef.

On the other hand, "we believe that the United Nations is in need of reform," he said. "It is in need of ongoing reform with respect to its financial management and its governance."

Paul Heinbecker, a former Canadian ambassador to the UN who attended the first Durban conference, said his delegation was also critical of the process, and Mr. Kenney's decision to boycott the next meeting is just an extension of that position.

And Colin Robertson, the vice-president of the Canadian Defence and Foreign Affairs Institute, said he does not see this decision as part of an escalating conflict between Canada and the UN.

Canada continues to support many aspects of the UN, Mr. Robertson said. For instance, this country makes a "significant" contribution to UN aid programs, he said. 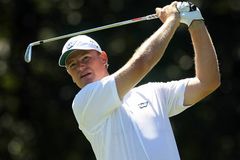