The wars in Syria and Iraq are pushing asylum claims to their highest global levels in 22 years, the United Nations High Commissioner for Refugees said Thursday.

Syrians made 150,000 applications for refugee status to 44 countries in 2014, making them the largest group that year, and Iraqis accounted for 68,700, the UNHCR said in its global trends report.

The situation mirrors that facing the globe after the Balkan wars of the 1990s, when hundreds of thousands of people sought refuge, said UN High Commissioner for Refugees Antonio Guterres.

"Our response has to be just as generous now as it was then — providing access to asylum, resettlement opportunities and other forms of protection for the people fleeing these terrible conflicts," he said in a statement.

Syrians and Iraqis actively making refugee claims are on top of the hundreds of thousands of refugees from those two countries the UN has been seeking to resettle around the world for the last several years.

As of the middle of March, Canada had only just met its 2013 commitment to resettle 1,300 refugees from Syria — 1,306 are now in the country — and officials say work is now under way on fulfilling the next pledge to resettle 10,000 over three years.

Who will be responsible for bringing most of those refugees to Canada is unclear.

When the government made the announcement of the new pledge in January, it suggested that 60 per cent would be brought to Canada by private groups and they would resettle the rest, but since then they have not committed to hard figures.

Given that there was no consultation with the private sector prior to the announcement, the government really isn't in a position to know how much demand will come from private groups, said Janet Dench, the executive director of the Canadian Council for Refugees.

"What they're thinking is well, they'll see, if private sponsors do a large portion of it, well, great, the government doesn't have to do very much," she said.

Only 871 privately sponsored Syrian refugees from 3,300 applicants had arrived in Canada by the middle of March, despite the fast-tracking of applications, according to information tabled in the House of Commons this week in response to a question by the NDP.

So to meet the 2013 promise, the government raised its own share of the burden and have resettled 435 people.

"Citizenship and Immigration Canada continues to work diligently to resettle some of the world's most at-risk people, but local conditions, security concerns and logistical challenges that are outside of CIC's control can contribute to processing challenges that can vary throughout the commitment," spokesperson Remi Lariviere said in a statement.

"CIC maintains flexibility within the refugee resettlement levels to meet our goals."

The breakdown for the new commitment will fluctuate, he said.

"We are committed to fulfilling our commitment of resettling an additional 10,000 Syrian refugees in the next three years and we are well on track to do this," he said, though declined to provided details of claims processed or accepted to date.

Since 2009, more than 20,000 Iraqi refugees have also been resettled in Canada, which the government says is the largest resettlement program in more than 25 years. A further 3,000 have been promised resettlement by the end of this year.

The humanitarian crisis in the refugee camps in Iraq and in Syria is exacerbating the conflict there, said Dr. Saren Azer, a B.C. physician involved in aid work in Syria.

"The disillusionment, the resentment that is within the refugee population has led to intense engagement and emotional involvement in the situation," he said in Ottawa on Wednesday.

"There is a great deal of disillusionment. They feel forgotten, they feel they have not received the necessary attention from the international community."

At a pledging conference in Kuwait next week, the United Nations will be asking for $8.4 billion from global donors to help alleviate the affects of five years of civil war in Syria which have left over 200,000 people dead and sent millions fleeing the country. 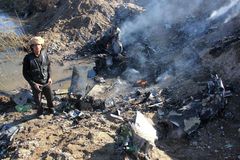 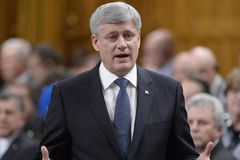