The Canadian government is funding an independent organization to investigate war crimes in Syria and Iraq, joining an international effort to build criminal cases against Islamic State leaders even while the regional conflict is ongoing.

Ottawa will provide $1.2-million over a one-year period to support "accountability and transitional justice activities" in both countries, a government spokeswoman said. The new funding will see Canada join Britain, Denmark, Germany and others in backing ongoing war-crimes investigations in the region.

The private organization has already compiled extensive information about the Islamic State's command and control structure based on its work in Syria, which began more than a year ago. Trained investigators continue to gather documents and other information in that country, helping analysts connect high-level IS operatives to specific criminal atrocities.

The Globe and Mail has agreed not to name the organization or its staff out of concern for the safety of its investigators, some of whom are embedded with armed opposition groups in Syria and work with sources in IS.

The group began expanding into Iraq earlier this year and says its first cases could be ready for prosecution in that country before the end of 2015. Part of the Canadian contribution will support the group's expansion into Iraq.

The group's investigation into Islamic State operations in Syria began in January, 2014. But as IS militants began to move some of their operations into Iraq a few months later, it quickly became clear that the organization's work should not be limited to one side of the border.

"For Islamic State, the Syria-Iraq border is, of course, meaningless," said one investigator, who holds a leadership role in the organization. "And so to get at the totality of the Islamic State offences, it makes no sense only to investigate in Syria."

IS militants have perpetrated serious human-rights abuses in both countries and the IS leadership controls activites on both sides of the border. The Iraqi abuses are different, however, because they include a larger number of sexual offences and crimes that specifically target minorities including Yazidis, Shia Muslims and Christians, the investigator said.

The United Nations has documented widespread sexual violence in both countries, which it says is being used to displace populations, punish individuals and dismantle community structures.

Investigators are hopeful that some cases might be prosecuted in Iraq before the conflict is over. Unlike neighbouring Syria, Iraq has a judicial system that still functions relatively well and experts say it's reasonable to think that a trial could take place if an alleged perpetrator is captured.

The organization also hopes to provide information to prosecutors involved with a future international war-crimes tribunal. Those trials may not take place for years – if at all – but collecting information now may help preserve evidence that could otherwise be destroyed.

The investigation into the Islamic State is one of the first to be carried out during a high-intensity conflict, along with separate investigations into abuses by the regime of Syrian President Bashar al-Assad.

"Normally, the way these things happen is that very little is done until after the conflict is over and there's an opportunity, and then a chief prosecutor is appointed and they go off and seek justice," said David Crane, a law professor at Syracuse University. "This way we're doing it as the conflict continues, capturing information that is credible."

Prof. Crane is also involved with the Syrian Accountability Project, an organization that's working to document war crimes and crimes against humanity in Syria using open-source information. That organization is unrelated to the group that's receiving Canadian funding.

Any future prosecutor will still have to authenticate and supplement whatever information investigators have gathered, Prof. Crane said. But he added that the information gathered now should help provide a framework to get started. 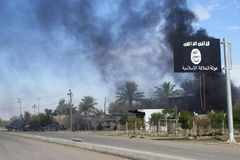 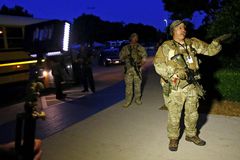