A group led by former United Nations secretary-general Kofi Annan is condemning Canada as an international climate laggard that falls short even of impoverished Ethiopia in the effort to combat global warming.

The African Progress Panel, co-chaired by Mr. Annan and former U.S. treasury secretary Robert Rubin, says Canada and Australia "appear to have withdrawn entirely from constructive international engagement on climate," and it urges both governments to adopt more aggressive policies aimed at reducing greenhouse-gas emissions and averting the worst effects of climate change.

The panel's report, to be released on Friday, notes that Africa has contributed the least to climate change but will pay the highest price in terms of severe weather, droughts and other impacts that will deepen poverty on the continent.

The authors reject the common argument by global coal and oil companies that the production of fossil fuels must grow to meet rising demand in emerging economies.

They argue that Africa needs to leapfrog the development pattern followed by Western nations and base its prosperity on clean, sustainable sources of energy. Several countries are making great strides in that direction, including South Africa, Ethiopia and Kenya, they say.

While the panel says the United States and China both need to do more to cut emissions, it saves its sharpest criticism for Canada and a few countries that are protecting their resource sectors. "End the free rides: Australia, Canada, Japan and the Russian Federation should set a clear course for zero emissions by 2050, with deep reductions by 2030," it says. "These countries might consider the far higher level of ambition set by Ethiopia, Kenya and Rwanda."

Its report was released as countries gathered for a UN climate conference in Bonn aimed at making progress toward an international agreement to be concluded in Paris in December. The Canadian government was grilled by representatives who questioned the country's policies and commitment to reducing greenhouse-gas emissions.

Canada's chief negotiator, Louise Metivier, presented Ottawa's plan, saying Canada has made an "ambitious" commitment to reduce greenhouse-gas emissions by 30 per cent from 2005 levels by 2030, and is working with the provinces to meet that goal. It has also committed to a 17 per cent reduction from 2005 levels by 2020.

But representatives from other countries noted that Canada is not on track to meet its 2020 target, and they raised questions about the effectiveness of measures that Ottawa recently announced to rein in emissions.

The South African climate representative noted that Canada's 2020 goal would leave its GHG levels higher than they were in 1990. The UN has set 1990 as a base year, but both Canada and the United States use 2005, making it difficult to compare relative progress. The South African asked whether Canada would revise the target to increase its level of ambition; Ms. Metivier said Ottawa had no intention of making such a revision.

In a written question, Sweden also pointed to Canada's failure to reduce emissions from the oil sands and suggested that, while Ottawa has adopted regulations in other sectors, "the focus on the oilsands extraction is low."

Canada replied that it will make "climate-related investments in innovative technologies" to improve environmental performance in the oil sands, a pledge Ms. Metivier reiterated Thursday. She said many of the regulations imposed by the federal government "were designed with a long-term view in mind" – with the most significant GHG reductions coming after the 2020 target date.

She also noted that Alberta has a new government, led by NDP Premier Rachel Notley, which will soon announce its plan to renew existing GHG regulations, which impose a $15-a-tonne levy on oilsands emissions that exceed a regulated limit.

Ottawa recently unveiled plans to regulate methane emissions in the oil and gas sector – which largely occur outside the oil sands – as well as natural-gas-fired power plants and chemical and fertilizer manufacturing. But Ms. Metivier could not say what impact those measures would have, saying it will not be known until the regulations are finalized. 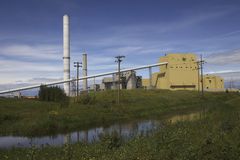 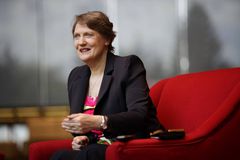 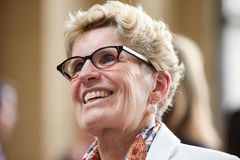