Canada is obliged to uphold its reputation for honouring business deals and therefore must sell $15-billion of armoured vehicles to Saudi Arabia, Justin Trudeau said on Wednesday when asked about video footage that shows the Saudis using similar machines against civilians in the Mideast country.

"We need to be able to project [to] the world that when Canada agrees to something, it sticks to its word," the Liberal Prime Minister told MPs in the Commons.

Footage published by The Globe and Mail on Wednesday shows armoured vehicles being used against minority Shia Muslim dissidents. Copies of the videos, which date from 2012 and 2015, were supplied by Saudi human-rights activists who want Canada to suspend shipments of combat vehicles to Riyadh.

The combat vehicles in the videos are not Canadian-made, but they demonstrate the regime's inclination to use such military assets against its own people in a region that is very difficult for Canada to monitor. It also casts doubt on the Liberal government's assurances that the massive arms sale to Saudi Arabia presents no risks for the country's civilians.

Asked by NDP Leader Tom Mulcair whether he believes the videos show violations of human rights by the Saudis, Mr. Trudeau said Canada cannot renege on this deal with Saudi Arabia.

"We need to make sure we are respected on the world stage by keeping our word," he said.

The deal for the armoured vehicles, which will be equipped with machine guns and anti-tank cannons, was secured by the former Conservative government.

The Liberals, however, gave the green light for shipments to proceed when Foreign Affairs Minister Stéphane Dion issued export permits in early April for the bulk of the $15-billion contract.

Awarding permits is a vital step in sanctioning Canadian arms exports and the decision is not supposed to be affected by whether a contract is already signed. It amounts to a judgment call by the Canadian government that there is no reasonable risk the combat vehicles will be used against civilians in Saudi Arabia, which has an abysmal human-rights record.

In 2013 and 2014, Debbie Gowling, a senior official in Ottawa's export controls division, reminded the department that there was no guarantee the sale was officially approved until permit applications were scrutinized. It is these export-permit applications that Mr. Dion approved in April.

Separately, Mr. Dion gave no indication he will reassess the deal as a result of the footage. He said Canada is concerned about wrongdoing when the incident involves Canadian-made vehicles. "The fundamental point is that this is not Canadian military equipment," he told reporters.

Mr. Mulcair pointed out that Mr. Dion has promised to cancel the Saudi deal if evidence of wrongdoing with armoured vehicles were found and suggested the minister is backing away from this pledge.

"Just a few weeks ago here in the House, Stéphane Dion stood up and said he would cancel the export permits if there was evidence that there had been human-rights abuses using that sort of equipment. It's not a question of what country that equipment was made in; it's a question how you're abusing human rights," Mr. Mulcair said.

A spokesman for Mr. Dion said Ottawa still has no evidence to suggest Canadian equipment has been used inappropriately by Saudi Arabia, which first bought made-in-Canada armoured vehicles more than 30 years ago.

"We are working on building much more rigour into the current system," he said.

John Packer, director of the University of Ottawa's Human Rights Research and Education Centre, said the Liberals should put the Saudi deal on hold and reassess the risks Canadian vehicles may be deployed against civilians.

"Evidently, the export-control process didn't quite look at everything or not closely enough … the export should at least be put on hold pending close scrutiny and evaluation. This is an opportunity to get it right and avoid making a terrible mistake contrary to both the letter and spirit of Canadian law and to good sense."

The Saudis' use of combat machines against its Shia population goes to the very heart of the controversy over whether the Trudeau government is breaking Canada's weapons export-control rules.

The export-control regime clearly stipulates that Ottawa must not issue export permits for weapons sales to countries with poor human-rights records "unless it can be demonstrated that there is no reasonable risk that the goods might be used against the civilian population."

Responding to the video footage, Conservative foreign affairs critic Tony Clement expressed frustration on Wednesday at what he called a lack of clear information from the government on the Saudi deal.

He called for MPs to be empowered to scrutinize this contract and other exports of Canadian military equipment.

"These facts keep coming out and we can't even clear the air on them when Liberals will not give parliamentarians the information," Mr. Clement said, referring to the video footage.

The Liberals on the Commons foreign affairs committee last month used their majority to kill an NDP proposal, backed by the Conservatives, to scrutinize Canadian arms exports.

Bob Nault, the Liberal chair of the Commons foreign affairs committee, declined to comment on Wednesday on whether the Trudeau government is still comfortable selling armoured vehicles to the Saudis.

"You'll have to make an appointment," he said when asked for comment by The Globe and Mail as he left caucus. 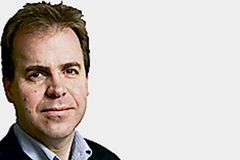 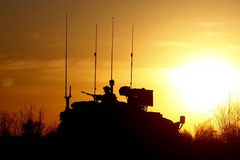 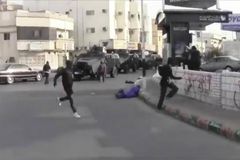 On the Saudi arms deal, hard evidence of soft hypocrisy
May 11, 2016 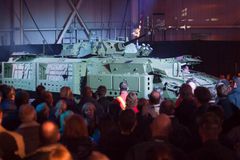