The Harper government and the Obama administration are closing in on a deal that would see Washington support Canada's admission to major Pacific Rim free-trade talks, The Globe and Mail has learned.

A Canadian official, speaking in the resort town of Los Cabos, where both Mr. Harper and Mr. Obama are attending Group of 20 meetings, cautioned an agreement had not been reached as of Monday night.

"It's a fast-moving negotiation but it's not a done deal," said a Canadian official of efforts to gain U.S. support for Canada's entry into Trans-Pacific Partnership talks.

Canada, at least briefly, found itself on the outside looking in Monday after the United States asked Mexico to join the most important free-trade talks of the decade but didn't extend the same offer to its northern NAFTA partner.

As late as Monday evening, Canadian and U.S. officials were engaged in back-and-forth discussions on the terms of Canada's admission.

Stephen Harper has been negotiating hard for months to secure a seat at the U.S.-led talks, which appear set to eclipse the North American free-trade agreement in importance. He recently tapped chief of staff Nigel Wright to lead high-level talks with Washington.

Mr. Harper has repeatedly touted joining the TPP as a key element of his government's push to expand trade with fast-growing Asia but has faced difficulty persuading the Americans that Canada can be considered a major defender of digital intellectual property such as movies, TV shows and music.

All nine member countries of the TPP talks must okay Canada's admission and while most already have, U.S. approval is the key to gaining entrance.

A Washington trade publication suggested negotiations hit a bump last weekend: the reluctance of TPP countries to give new members full veto rights over chapters in the agreement. Canada initially balked at conditions the U.S. wanted to impose on Ottawa's membership – restrictions that would have effectively rendered Canada less than a full member of the negotiations.

Inside U.S. Trade reported Canada and Mexico were told they could join if they agreed to several conditions that ensured new entrants didn't slow down negotiations. Canada and Mexico could not reopen any agreements already reached among current TPP partner countries – unless these nations agreed to revisit them. And the two nations would not have "veto authority" over what was agreed upon by the original members.

Both countries were also supposed to agree to this before they'd even seen the latest version of negotiating texts.

A Canadian official said Monday there was no way Canada would agree to be a junior, or second-class, member at the talks.

If Canada fails to get an invite it would be a "a slap in the face for the Harper government and a real setback for its trade policy agenda," Toronto lawyer Lawrence Herman said.

Canada's bid to join was hampered by the slow progress it made at enacting stronger prohibitions against the theft of digital intellectual property as well as its staunch protectionism for dairy and poultry producers who are shielded from foreign competition.

On Monday afternoon, though, the Harper government went to great efforts to point out the House of Commons was passing a long-delayed copyright reform bill, even dispatching Heritage Minister James Moore to speak to the media about it.

The next round of TPP talks take place in San Diego in early July. It's not certain whether Canada will be granted observer status for the meeting.

It was an unusual move given that International Trade Minister Ed Fast normally leads the file, and it spoke to the urgency of Canada's desire to join the talks.

Mr. Wright's prominent and public actions on this file irked some members of the Harper cabinet, who felt the leading role should be left to ministers rather than PMO staff.

Mr. Wright left a senior post at Onex Corp., one of Bay Street's largest private-equity firms, to take the job in the PMO and has a wealth of business connections that he can draw upon. 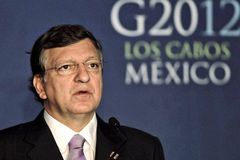 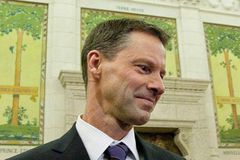 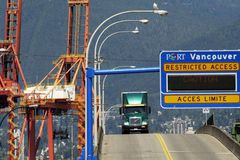 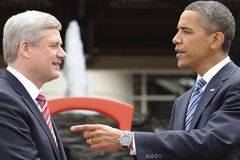 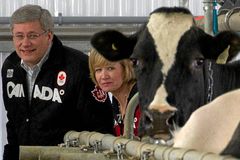