Prime Minister Stephen Harper has warned Americans that the threat of a no from the United States on the Keystone XL oil pipeline has irreversibly jolted Canada into reducing its reliance on its biggest – and in some cases only – export market.

Speaking to a keen audience of Canada watchers in the U.S. capital on Monday, Mr. Harper insisted the Obama administration's refusal to approve the pipeline before 2013 has stiffened his government's resolve to favour new infrastructure, such as the Northern Gateway pipeline project, to facilitate Canadian oil exports to Asia.

While President Barack Obama recently promised to expedite construction of Keystone's southern leg from Oklahoma to the Texas coast, his administration has bowed to the concerns of environmentalists and put off a decision on the conduit's northern phase from Alberta until after this year's presidential election.

"We cannot be in a situation where really our one and only energy partner can say no to our energy products," Mr. Harper told a packed audience of several hundred people at the Woodrow Wilson International Center. "The very fact that a no can be said underscores to our country that we must diversify our energy export markets."

Mr. Harper's comments echoed those of Bank Of Canada Governor Mark Carney, who said Monday in a speech titled Exporting In A Post-Crisis World, that about 85 per cent of Canadian exports go to laggard countries including the United States, Japan and various European nations, while the biggest emerging markets together make up just 8 per cent of overseas sales.

The Prime Minister made his comments after a White House meeting with Mr. Obama and Mexican President Felipe Calderon in which mention of Keystone was conspicuous by its absence. The leaders did not refer to it either in their joint communiqué or during a press conference that followed the three-hour summit of the so-called Three Amigos.

Mr. Obama did praise Mr. Calderon as "a real leader" in promoting clean energy and combatting climate change, but made no mention of Mr. Harper's role in this area.

Mr. Obama noted that trilateral trade surpassed $1-trillion (U.S.) for the first time in 2011, with U.S. exports to Canada and Mexico growing at a faster rate than the country's overall exports. To make sure that continues, the three countries announced a trilateral initiative to streamline business regulations, building on bilateral efforts now under way.

A decade after the Sept. 11, 2001, terrorist attacks that led to tough new restrictions at U.S. borders, Mr. Obama said he was committed to making it "faster and cheaper to travel and trade." It was just what Mr. Harper wanted to hear.

In a joint statement, the three leaders agreed that "broad-based, sustainable economic growth and job creation remain our top priority." That is especially important for Mr. Obama, who is waging a tough re-election battle amid a fragile economic recovery.

Speaking in the Rose Garden, Mr. Harper refused to be drawn directly into U.S. politics when asked about Republican presidential front-runner Mitt Romney's contention that U.S. global leadership has declined under Mr. Obama. But he did have kind words for the U.S. President and their mutual relationship.

"I think over the past few years we've done great things together," Mr. Harper said of the joint Canada-U.S. response to the recession. "We had, under your leadership, Barack, that successful intervention in Libya. … It's been a tremendous partnership."

While the White House meeting was merely polite, Mr. Harper received a virtual hero's welcome from Wilson Center director Jane Harman, who praised the Prime Minister for "boldly" speaking up for Israel and creating a business-friendly climate in Canada.

"You have surely revived Canadian leadership on the world stage," said Ms. Harman, until recently an outspoken Democratic congresswoman from California.

While the one-hour Wilson Center session provided Mr. Harper with a friendly forum for his views on a host of issues, the conversation returned repeatedly to Keystone.

Mr. Harper noted that being "captive" to the U.S. market has meant "a significant price hit" for Alberta crude that "does just not make sense in terms of the broader interests of the Canadian economy."

Still, the Prime Minister left little doubt that he still considers the overall 2,700-kilometre, $7.6-billion Keystone a "no brainer" and sought to counter suggestions that the project would lead to a dramatic increase in greenhouse-gas emissions and create far fewer jobs than its promoters project.

"One should in no way minimize the sheer economic scale of this," and "the environmental impact of this should not be exaggerated," he said, noting that oil sands crude is "no heavier" than the Venezuelan crude that Keystone would displace.

With a report from Jeremy Torobin 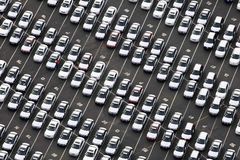 Opinion
Americas strategy? It takes three to tango
May 8, 2018 Weighing the factors in buying a warplane
May 8, 2018 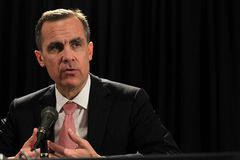 Opinion
Trade took back seat on Harper's Thailand trip
May 3, 2018

Opinion
The Keystone XL delay was a gift to Canada
May 8, 2018 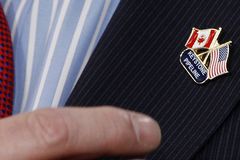 Follow Konrad Yakabuski and Paul Koring on Twitter @konradyakabuski @PaulKoring
Report an error Editorial code of conduct
Due to technical reasons, we have temporarily removed commenting from our articles. We hope to have this fixed soon. Thank you for your patience. If you are looking to give feedback on our new site, please send it along to feedback@globeandmail.com. If you want to write a letter to the editor, please forward to letters@globeandmail.com.
Comments