The newly re-elected Barack Obama dropped a hint Tuesday night that climate change might be back on his agenda in a second term. Canadian policy-makers can start guessing again.

After all, Stephen Harper's avowed climate-change policy is to do whatever the Americans do. A revival of Mr. Obama's green agenda could have a major impact on Canada's environmental and energy policies, and therefore, its economy.

Mr. Obama isn't returning to the White House with the hope-and-change environmental agenda his backers expected in 2008. He still has a divided Congress and more immediate priorities.

But his acceptance speech on Tuesday night included a prominent mention of climate change when he asserted Americans want their children to live in a country that "isn't threatened by the destructive power of a warming planet." Some analysts predict climate change could be back in his plans now that he's won a new term, even though it seemed to be a forgotten issue barely mentioned in the campaign.

"Clearly, climate change – both because of what he said last night and what he's been saying for years – is something that he cares about," U.S. Ambassador David Jacobson, Mr. Obama's envoy to Canada, said on Wednesday.

Mr. Jacobson argues that climate change did appear in the campaign in a couple of important ways.

First, there was Hurricane Sandy. "The fact that these extraordinary weather events happen, one of which happened just before the election, made people think, 'Gee weird stuff is going on,' " he said.

Second, Mr. Jacobson pointed to the endorsement of New York Mayor Michael Bloomberg, an independent and former Republican, who, immediately after Sandy drenched his city, endorsed Mr. Obama – because, he said, Mr. Obama was on the right side of the climate-change issue.

Whether these instances, and Mr. Obama's search for a second-term legacy, spark a renewed push some time in the next four years depends on hard political calculations.

Mr. Jacobson noted that Mr. Obama pushed several initiatives in his first two years, while "comprehensive" legislation passed the House of Representatives but failed in the Senate. The President tried to salvage a deal at the Copenhagen climate summit in 2009. "So this is something he cared a lot about at the beginning," Mr. Jacobson said.

Then the Republicans took the House in 2010, and efforts at legislating were dead. "He became realistic," Mr. Jacobson said.

But Mr. Obama also turned to executive measures that don't require Congress to legislate. The Environmental Protection Agency issued tougher fuel efficiency standards and proposed carbon-emission limits for new power plants. The President can go further to regulate emitters even without legislation. His backers in the environmentalist lobby, and perhaps now people like Mr. Bloomberg, will expect it.

Senator Harry Reid, the Democrats' Leader in the Senate, said he wants action on climate. "As we have seen with these storms that are overwhelming our country and the world, we need to do something about it," he told Agence-France-Presse on Wednesday.

It still seems unlikely that a revival of the Obama climate-change agenda will affect the pipelines that carry Alberta bitumen south, like the Keystone pipeline extension. Energy security was a far bigger election issue, for both candidates. And Mr. Jacobson portrays the issue as a Nebraska dispute over which route is best, not a matter of climate-change policy.

"The President never said … that he was not going to approve the Keystone pipeline," Mr. Jacobson said. "He simply said that the route that was selected did not seem to be optimal, given the objections taking place in Nebraska."

But Mr. Harper has promised to move in lockstep with Washington. Since 2008, Mr. Harper has argued that because the Canadian and U.S. economies are so intertwined, Canada can only regulate when the United States does – and his government has said Canadian regulation will be closely aligned to U.S. policy.

For now, he'll have to guess how far Mr. Obama will go. 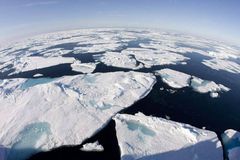 What New York has learned from Sandy
November 2, 2012
Follow Campbell Clark on Twitter @camrclark
Report an error Editorial code of conduct
Due to technical reasons, we have temporarily removed commenting from our articles. We hope to have this fixed soon. Thank you for your patience. If you are looking to give feedback on our new site, please send it along to feedback@globeandmail.com. If you want to write a letter to the editor, please forward to letters@globeandmail.com.
Comments