As Syria degenerates into a proxy war between America and its allies on one side and Russia and Iran on the other, the Harper government is determined to keep Canada out of it.

For those supporting the rebel forces, that determination diminishes this country.

"It will be a black spot in Canadian history," said Louay Sakka, of the Washington-based Syrian Support Group, which provides aid to the Free Syrian Army. He believes Canada should be doing more, much more, to support the rebels.

But such caution may well be what most Canadians expect from the government.

Foreign Minister John Baird announced Sunday that Canada will offer another $100-million in aid to Jordan, over three years, to help cope with the influx of Syrian refugees.

Mr. Baird described the Syrian civil war as "the worst humanitarian tragedy of the 21st century." But that tragedy, Mr. Sakka rebutted, is happening in Syria itself, not in Jordanian refugee camps whose residents, he said, are "ten times better off" than displaced populations who are still within Syria.

The Foreign Minister also offered, if not support, at least understanding for U.S. President Barack Obama's decision to increase aid to the Syrian opposition, after concluding that the Assad regime did, indeed, use chemical weapons on its opponents. "I think what the United States wants to do is ensure that there is a greater level playing field so that we can get both the parties back to the negotiating table," Mr. Baird told CTV's Kevin Newman.

But lest that be construed as a change in Canada's position, the Foreign Minister tweeted soon after: "Canada will not arm Syrian rebels. Earlier today I gave CTV insight into US' decision, but I neither supported or endorsed it."

Unlike some of its NATO allies, the Conservative government remains unmoved by recent gains by the Assad regime – with increasing interventions by Iran-backed Hezbollah, and with support from Russia – in the civil war.

And it is unwilling to join with the United States, and to a lesser extent Britain and France, in helping to redress the balance of power by arming elements within the opposition coalition.

While that coalition contains moderate and democratic wings, Canada is concerned about extremists and terrorists who threaten to dominate it.

The Obama administration is gambling that by arming some, but not all, rebels, it can strengthen the hands of the moderates and persuade President Bashar al-Assad that he can't win, forcing both sides to agree to peace talks in Geneva.

But while the Americans debate creating a no-fly zone along the Syria-Jordan border, to protect refugees and offer rebel forces a haven, Canada limits itself to helping Jordan cope. The greatest danger, as far as Ottawa is concerned, is that Syrian violence could infect and endanger neighbouring countries, especially the Hashemite Kingdom, with which Canada has good relations.

"We believe that more arms are not the answer," said a senior government official speaking on background. "We are committed to a political solution."

In this, the Conservatives are probably in line with the attitude of Canadians generally. After the imbroglios of Afghanistan and Libya, while most people wish democratic forces well and tyrants ill, they are no longer prepared to risk blood and treasure in making those wishes come true.

If NATO ever decides to become more actively involved in support for the Syrian opposition, the Harper government might then be prepared to offer direct aid to the rebels, though highly unlikely ever to the extent of committing troops or aircraft.

Otherwise, Ottawa is content to offer only humanitarian help, and from a safe distance. 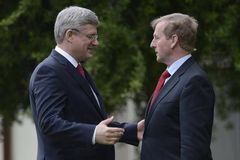 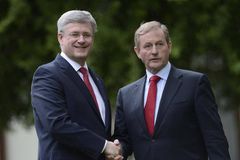 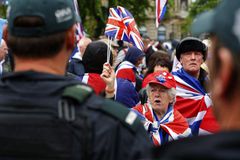 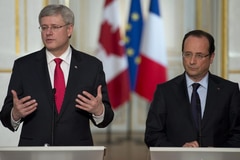