NAFTA renegotiations have reached a critical juncture, with Canada set to learn Monday whether the U.S. is willing to consider Ottawa's proposed compromises on three of the most serious sticking points in the talks.

And Prime Minister Justin Trudeau is insisting that – despite his willingness to work with President Donald Trump on the pact – he is fighting for "a better deal" in the negotiations.

Canadian negotiators spent all last week presenting new ideas, meant to satisfy the Trump administration's protectionist demands, at the sixth round of negotiations in Montreal. Their American counterparts appeared interested in the proposals, discussing them at length and asking questions, said sources with knowledge of the confidential discussions.

"We're moving in a slightly more positive direction. We'll take that encouragement where we can," Canada's chief negotiator, Steve Verheul, told reporters as he walked between meetings at the Hotel Bonaventure.

But it will ultimately be up to U.S. Trade Representative Robert Lighthizer whether Washington will seriously negotiate over the proposals or reject them out of hand. It is the most crucial moment so far in the five-month-old talks – a test of whether the Trump administration is sincerely interested in cutting a deal or would rather shred the North American free-trade agreement.

Mr. Lighthizer will hunker down Monday in Montreal with Foreign Minister Chrystia Freeland and Mexican Economy Minister Ildefonso Guajardo. Unlike in previous rounds, the three will not have dinner together the night before, said one source.

Ahead of the sit-down, officials expressed more optimism than they had in months.

"We said we would be constructive, creative, in solution mode. I think that's what you're seeing. The news [is] encouraging, people are considering our proposals," Trade Minister François-Philippe Champagne said after a Parliament Hill caucus meeting Sunday.

Still, Mr. Champagne cautioned that the talks are "a very dynamic situation, which evolves hour by hour."

Members of a key U.S. House subcommittee, who met with Mr. Lighthizer in Montreal for a briefing, said even the famously gruff American trade chief seemed to be pleased on the eve of his meeting with Ms. Freeland.

"He says he's a curmudgeon, so when he shows optimism it may not be readily visible to the rest of us," said Dave Reichert, chair of the Ways and Means trade subcommittee. "I think from trying to evaluate his words today, I would say that he recognizes there's a great deal of work to be done, but he's hopeful."

In recent days, both Mr. Guajardo and U.S. Commerce Secretary Wilbur Ross have suggested the current end-of-March deadline for a deal, imposed last year by Mr. Lighthizer, could be lifted.

At the caucus meeting, Mr. Trudeau said his negotiators were standing up for "Canadian values" at the NAFTA table – and took the opportunity to bash the Conservatives.

"On NAFTA, we're working hard to get a better deal for Canadians, a deal that helps more people and reflects our deeply held Canadian values. That's something that the Conservatives didn't understand," he said to cheers and applause from his MPs. "If they had their way, we'd give into American demands on NAFTA."

Mr. Trudeau appeared to be referencing a memo by former prime minister Stephen Harper last year to clients of his consulting firm. The note, obtained by The Canadian Press, argued that the Trudeau government should have been more willing to compromise on NAFTA in order to save the deal.

But Mr. Trudeau's words were at odds with the message from the current Conservative Leader. At a luncheon at the Woodrow Wilson Center in Washington two weeks ago, Andrew Scheer told a room full of government officials and business leaders that he stood shoulder to shoulder with Mr. Trudeau on NAFTA. "When it comes to our relationship with the United States, we speak with one voice," he said.

For months, Canada had flatly rejected all of Mr. Trump's protectionist NAFTA demands. The logjam led to tense moments, including a public fight between Mr. Lighthizer and Ms. Freeland after the fourth round of talks in Washington in October.

In a strategic shift, Ottawa decided this time to offer up compromises in a bid to parry American accusations of intransigence and get talks moving. The goal is to find things that Mr. Trump could plausibly claim as victories but without damaging the open market between the three countries.

As previously reported by The Globe and Mail, Canada this week threw down new ideas on autos, dispute settlement and a NAFTA amendment process.

Canada's auto proposal would jack up the amount of North American content required in vehicles produced in the NAFTA zone and create incentives for auto makers to build new plants or upgrade existing ones. The aim is to get Washington to drop its demand that all cars and trucks made in Canada and Mexico contain at least 50 per cent U.S. content.

Canada's proposed NAFTA review process would allow for the deal to be regularly modified with the agreement of all three countries, as an alternative to Washington's demand for a "sunset clause" that would terminate the pact in five years unless the countries agreed to extend it.

And Ottawa's pitch on Chapter 11, which allows corporations to sue governments in front of special tribunals, would allow the U.S. to opt out of the system – as Mr. Lighthizer has demanded – but would mean American corporations could no longer use the process to sue the other two governments.

Globe editorial: When at the NAFTA table, avoid the Jell-O
January 22, 2018 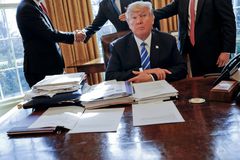 Opinion
The fear of NAFTA collapse could be as big a problem as any future collapse itself
Subscriber content
January 21, 2018 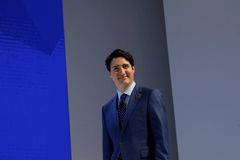 Follow Adrian Morrow and Laura Stone on Twitter @adrianmorrow @l_stone
Report an error Editorial code of conduct
Due to technical reasons, we have temporarily removed commenting from our articles. We hope to have this fixed soon. Thank you for your patience. If you are looking to give feedback on our new site, please send it along to feedback@globeandmail.com. If you want to write a letter to the editor, please forward to letters@globeandmail.com.
Comments are closed