Mr. Trudeau drew international headlines last November after he raised the matter of extrajudicial killing with Philippine President Rodrigo Duterte at an international summit in Manila. Mr. Duterte later lashed out publicly at Mr. Trudeau over the matter, calling foreign questioning of the matter "a personal and official insult."

On Tuesday, however, news broke that the Canadian government has brokered a deal to sell 16 combat utility helicopters to the Philippines air force. The deal is worth more than US$233.36-million and the helicopters are produced in Mirabel, Que.

"The helicopters will be used for the military's internal security operations," Philippines Major-General Restituto Padilla, military chief of plans, said. He said the aircraft could also be used for search-and-rescue and disaster relief operations.

The deal comes as the Philippines military prepares to step up operations against Islamist and communist rebels.

Arms control advocates question why the Trudeau government is helping equip the military of a country where death squads have carried out unlawful or unauthorized killings for years – activities that have prompted concern at the highest levels in Ottawa.

"Once again, Canadian equipment is going to the military of a known human rights violator," said Cesar Jaramillo, executive director of Project Ploughshares, a disarmament group that is an agency of the Canadian Council of Churches and which tracks arms shipments.

"As with arms sales to Saudi Arabia, in which red flags are widely acknowledged, Ottawa cannot claim ignorance about the well-documented pattern of human rights abuses in the Philippines – some of which President Duterte has publicly boasted about."

Mr. Trudeau explained his concerns about the Philippines to the media last November, saying he spoke to Mr. Duterte about the need for the rule of law in the Asian country.

"As I mentioned to President Duterte, we're concerned with human rights, with the extrajudicial killings," Mr. Trudeau said at the time. The Prime Minister said Canada has "a reputation for being able to have strong and frank, sometimes firm, discussions around the rule of law and human rights with its partners." He characterized his private conversation with Mr. Duterte as "a cordial and positive exchange."

NDP foreign affairs critic Hélène Laverdière called for Canada to halt this sale and refuse export permits. "How can Trudeau justify this deal with the Philippines when Duterte's government has plunged the country into a terrible human-rights crisis?" the NDP MP said on Twitter.

A Global Affairs spokeswoman said Canada is of the opinion the goods sold to the Philippines military will be used "explicitly for the purpose of disaster relief, search and rescue, passenger transport and utility transport."

According to Human Rights Watch, since taking office in 2016, Mr. Duterte has carried out a "war on drugs" campaign that resulted in the death of more than 7,000 suspected drug dealers and addicts.

Mr. Duterte has been outspoken in support of the anti-drug campaign and has sought to silence its critics. According to Human Rights Watch, "no meaningful investigation into the killings has been undertaken."

With files from Reuters and Canadian Press 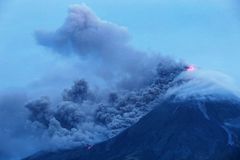 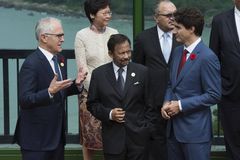