Canada sent too many observers to the parliamentary elections in Ukraine in 2012, the Department of Foreign Affairs says in an internal assessment obtained by The Canadian Press.

The draft assessment of the mission, which involved 357 short-term observers, also describes the "costly undertaking" as being beyond the ability of Foreign Affairs and the former Canadian International Development Agency.

It also finds that the Organization for Security and Co-operation in Europe (OSCE) was the "most credible" organization to conduct election monitoring.

The findings raise questions about the Harper government's decision this week to dispatch another 338 short-term bilateral observers to next month's presidential election in Ukraine.

The undated report, stamped "DRAFT — not for circulation," is titled, "Canadian Support for the October 2012 Ukrainian Parliamentary Elections: Lessons Learned and Guidelines for Future Support." It was obtained by The Canadian Press under the Access to Information Act.

Canada is the only country known to send a bilateral election observer mission to elections in Ukraine, and has been doing so since 2004. There are 1.2 million Ukrainian Canadians in Canada, forming one of the most influential diaspora groups and voting blocs in the country.

Ukraine's pivotal May 25 ballot comes amid fears of a Russian invasion after Moscow's annexation of the Crimean Peninsula last month and the violent clashes with pro-Russian gunmen in several of its eastern cities.

The 338 observers are among a total of 500 people that the Harper government is sending to Ukraine next month, the same overall number it sent in 2012.

The mission includes 338 short-term bilateral observers, as well as 150 others — plus 12 parliamentarians — as part of the OSCE mission. The total cost is estimated at about $10 million, which is in line with previous Canadian observer missions.

Employment Minister Jason Kenney said this week the observers are part of Canada's answer to Moscow's provocations, especially in Ukraine's restive east, as he accused Russia of tampering with Ukraine's sovereignty with "impunity."

Harper telephoned Ukrainian Prime Minister Arseniy Yatsenyuk on Thursday to discuss the situation in his country.

"Prime Minister Yatsenyuk expressed his deep appreciation for the strong leadership that Canada is taking in support of Ukraine," said a short readout of the call from Harper's office.

"He noted specifically the value of the April 23 announcement of measures to promote democracy in the country and see up to 500 observers travel to Ukraine to monitor the upcoming presidential elections."

However, the internal Foreign Affairs assessment raises questions about whether the Canadian bilateral observer mission was — and remains — an unnecessary duplication of efforts.

The Canadian short-term observers likely helped deter election day fraud and provided other assistance in dealing with "misbehaviour," it says.

"However, 357 Canadian short-term observers were more than was needed, particularly when other domestic and other international observers were already providing good coverage of polling stations."

In an emailed response to questions, Foreign Affairs suggested Canada wanted to offer a larger observer team than the OSCE regulations would have otherwise allowed. The OSCE capped the number of observers from participating countries at 15 long-term observers and 135 short-term observers.

"The current crisis in Ukraine remains extraordinary and complex and the forthcoming presidential election on May 25 will require a strong international presence to encourage free and fair elections," the department said.

"This was a costly undertaking due to the large size and complexity of the various missions. There was also a high level of time and effort of CIDA and the Department of Foreign Affairs and International Trade staff to co-ordinate Canada's electoral support and ensure sound management of the missions.

"Neither CIDA nor the Department of Foreign Affairs and International Trade have the in-house resources, or the required expertise, to perform this function on short timelines."

CIDA has since been merged with Foreign Affairs.

While several key sections of the report have been redacted, it clearly identifies the OSCE as the preferred option for election monitoring.

"Representing 57 member states from Europe, North America, and Central Asia, the Organization for Security and Co-operation in Europe is the most credible and qualified international organization conducting electoral observation in Europe and did an excellent job in managing its mission to the 2012 elections," says the report.

"The Organization for Security and Co-operation in Europe was clearly perceived by the Ukrainian authorities, local media, and international media, as the leading and most credible international voice on the elections."

The report said that the OSCE's election related recommendations "also formed the basis for subsequent diplomatic action by the European Union in relation to the Association Agreement of Ukraine."

It was the November decision by former Ukrainian President Viktor Yanukovych to reject that association agreement, after pressure from Moscow that ignited the spark of anti-Russian protests on the streets of the Ukraine capital of Kiev.

The protesters wanted a closer association with the European Union. The Harper government has condemned Yanukovych for turning his back on the EU, saying it was not in the economic interests of Ukraine.

The uprising against Yanukovych's Russian-leaning government eventually forced him to flee to Russia in February. 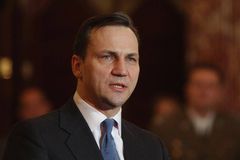