Canada's free-trade deal with South Korea will hurt the domestic auto sector, but the pain will be softened by the fact that Canadians will have a bit more money to buy new cars, according to the first detailed analysis of the trade pact.

The Canada-Korea Free Trade Agreement took effect on Jan. 1, and the C.D. Howe Institute is releasing a report on Thursday that estimates the expected impact of the deal over the next 20 years.

Overall, the research concludes the deal will show small and comparable gains for both sides. Canada will get an additional $3.1-billion in gross domestic product in contrast to $2.3-billion for South Korea. However, South Korea will do slightly better than Canada when the effect is measured as a percentage of GDP, according to the institute.

The report projects production will decline by $114-million for auto makers in Canada because cheaper imports will be available from South Korea, which will increase its exports to this country by $1.2-billion.

"The impact on Canadian [auto] production is negative, but small," said Dan Ciuriak, the report's lead author and a former deputy chief economist for the Department of Foreign Affairs. The report says the agreement will boost economic growth in Canada, leading to higher incomes that will allow consumers to spend more on goods, including vehicles.

The auto maker Hyundai announced on Tuesday that is immediately reducing the suggested retail price of its vehicles in Canada by up to $1,300. The company said this is possible because the free-trade deal will gradually eliminate a 6.1 per cent federal import duty on vehicles made in South Korea, with the first of three annual reductions taking effect this month.

The C.D. Howe report stresses the importance of viewing the deal in terms of the broader trade context. The European Union, the United States and Australia already had free-trade deals with South Korea, meaning Canada would have been at a competitive disadvantage without one.

"What this deal does is it claws back market share that we would have lost to these other deals," Mr. Ciuriak said.

During the negotiations, the most sensitive area for Canada was the auto sector. Canadian auto worker unions warned that an agreement would allow foreign-made cars into Canada without any obligation on South Korean firms to create manufacturing jobs here.

The labour groups pointed to analysis in the United States that has raised concerns that promised gains from the U.S. trade deal with South Korea have not yet materialized.

Mr. Ciuriak said the deal will be good for South Korean importers like Hyundai and Kia, but largely at the expense of auto imports to Canada from other countries.

The institute's report cites "intense scrutiny" in the United States as an example of why implementation of the deal will have to be closely monitored in Canada. The report also notes that it is up to Canadian businesses to take advantage of the opportunities available under the free-trade deal.

Some U.S. businesses have complained that they are running into hurdles from the South Korean government in the form of excessive paperwork and on-site inspections. 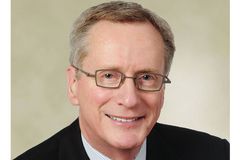 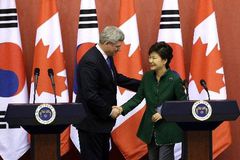 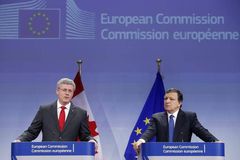 Where’s Canada falling short in its plan to be a trade superpower?
Subscriber content
April 1, 2014 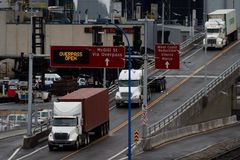