Canada is talking with a wide range of Asian countries about options for new trade deals after the collapse of the Trans Pacific Partnership.

Trade Minister François-Philippe Champagne said he's taking stock of Canada's options, but it is clear many Asian countries are eager to deepen their trade links with Canada. He pointed to specific countries where Canada could pursue trade-agreement opportunities.

"We want to send a message that Canada is open to trade, obviously with China, with India, with Japan. I've had meetings with our counterparts so we're going to be considering our options," he said Monday night in Calgary, where the Liberal cabinet held a two-day retreat.

Read more: Why do we need Keystone XL anyway?

The TPP fell apart this week when President Donald Trump pulled the United States out of the agreement, fulfilling a campaign promise by signing an executive order.

"This agreement was so constructed that it can only enter into force with the United States as a ratifying country. So the TPP as a deal cannot happen without the United States being a party to it," Ms. Freeland told reporters in Calgary.

Trade issues are clearly poised to dominate the federal government's agenda over the coming year. The Trump administration has said it hopes to meet with Mr. Trudeau and Mexican President Enrique Pena Nieto in the next few weeks to begin a discussion about renegotiating the North American free-trade agreement.

Canada's involvement in the 12-member TPP was viewed by observers as a primarily defensive position. The deal would have largely superseded NAFTA given that Mexico was also part of the proposed new trade zone. Canada's interests were focused on preserving its preferential access to the U.S. market.

Speaking with reporters Tuesday, Prime Minister Justin Trudeau declined to say whether he supports efforts to continue the TPP negotiations without the United States. He did note that Canada is discussing deeper trade with Japan and China and is focused on improving trade with Asian countries.

"We know well that jobs in export-intensive industries tend to pay 50-per-cent higher wages to Canadians than non-exporting industries and that's why we are busy on multiple trade fronts at the same time," he said. "We know that increasing our engagement with the growing economies of Asia is an important way to ensure good jobs and prosperity for Canada and that's what we're going to continue to do."

Former U.S. president Barack Obama promoted the TPP as a necessary move to set clear trade rules for the Pacific region before China moves to create a regional-trade zone of its own.

That argument continues to hold sway with some senior Republicans in Congress.

Senator John McCain said in a statement this week that it was the "wrong decision" for the United States to withdraw from the TPP.

"It will create an opening for China to rewrite the economic rules of the road at the expense of American workers," he said. "And it will send a troubling signal of American disengagement in the Asia-Pacific region at a time we can least afford it."

The Trump administration's initial statements have created uncertainty as to what happens next in terms of international-trade talks.

Steven Mnuchin, Mr. Trump's nominee for treasury secretary, said during his confirmation hearing that the TPP would be used as a "starting point" for the renegotiation of NAFTA.

Meanwhile, Australian Prime Minister Malcolm Turnbull told reporters this week that his government has spoken with Canada and the other remaining TPP countries about salvaging the deal.

"It is possible that U.S. policy could change over time on this, as it has done on other trade deals," he was quoted as saying. "There is also the opportunity for the TPP to proceed without the United States." 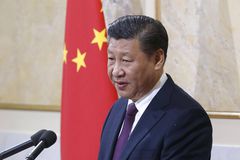