The federal government is preparing to substantially increase the number of Syrian refugees this country will accept, putting the effort on par with responses to historic conflicts such as the Iraq war, in which thousands of people were resettled in Canada.

"We're in this to actually deliver a large-scale operation and that takes preparation," Immigration Minister Chris Alexander said in an interview in which he explained how Canada is responding to the humanitarian crisis triggered by Syria's civil war.

An announcement could come this summer or by fall at the latest, depending on how quickly plans come together.

The Harper government has come under fire for not making enough progress on last year's pledge to resettle 1,300 Syrian refugees by the end of 2014. United Nations High Commissioner for Refugees Antonio Guterres has also urged Canada to resettle a larger number of refugees from Syria.

The minister said he wants Canada's answer to the Syrian plight to be considered "one of our large, national efforts in response to a serious crisis on par with our response to the Iraqi crisis, the Vietnamese boat people, Idi Amin in Uganda in 1972 and the 1956 crackdown in Hungary."

In almost all of these examples, the refugee count accepted by Canada was a five-digit number. And Mr. Alexander said he could see that happening with Syria. To meet those kinds of targets, Mr. Alexander said Ottawa is looking to a broader range of Canadians to step up and privately sponsor asylum seekers.

"I think it could easily go to that level. I think we're talking about something on that scale," he said, noting the Syrian conflict has caused a "larger movement of humanity" than many of the other major events that sent refugees to Canada.

The largest single resettlement commitment by Canada in more than quarter century was Ottawa's 2009 and '10 pledge to accept 20,000 Iraqi refugees by 2015 – an effort that's nearly complete. Mr. Alexander said there are more than 18,320 Iraqi refugees living in Canada, citing it as an example of how the federal government can respond when needed.

In the case of Syria, the government has promised to bring in 200 government-sponsored refugees and 1,100 asylum seekers sponsored privately by groups or individuals.

As of July 2, Mr. Alexander says, 177 Syrian refugees sponsored by the federal government have arrived on Canadian soil. But private sponsorships have a ways to go. To date, Mr. Alexander says, just 108 privately backed refugees have made it to Canada. However, the minister adds, thousands of additional applications are in the pipeline.

He acknowledged "108 so far is a relatively low number for private sponsorships" but assured refugee advocates that this will change.

"We hear them on the slow pace of the program. It is picking up and they will see their commitment to Syria repaid with faster service. That is one of the main issues I've been working on in recent weeks, trying to make sure that we have the right resources in place," Mr. Alexander said.

Separately, another 1,012 Syrians have made "inland claims" for asylum from within Canada and been accepted.

These are people who were already here or managed to reach Canada on their own and make claims.

Over all, Canada has 1,297 Syrian refugees physically present in Canada as of July 2, Mr. Alexander said.

Arrivals include Jassem Dandachi, his wife and three sons who settled in the Montreal area in June.

He's delighted to be here, noting in his home town of Talkalakh, and later in Lebanon, he imposed a 6 p.m. curfew on his sons out of fear for their safety. That's lifted now. "I am not afraid about them any more," Mr. Dandachi said.

"I lost everything but now I really feel there's hope again for life."

The UN has warned there could be four million Syrian refugees by the end of 2014 and in February asked countries to make a bigger commitment to accept asylum seekers – to help resettle 100,000 in addition to the tens of thousands it asked countries to accept last year.

"Now is the time to look to an even broader group of communities and community groups to consider being part of this," he said. "This is a conflict that is unfolding in dramatic terms with tremendous suffering away from the usual media scrutiny, the usual media glare," he said.

He is hopeful Canadians will come forward.

"The more they talk about it in church basements, in Friday prayers in mosques, in synagogues and rotary clubs across the country, the faster we will get to the place we want to be," he said.

Canada's refugee acceptance record includes more than 37,000 Hungarians who fled to Canada after the Soviets crushed an uprising in the late 1950s. After Uganda's dictator expelled them in 1972, close to 7,000 Asians came to Canada and in 1979 and '80, Canada accepted more than 60,000 "boat people" and other Indochinese refugees.

The crisis in Syria: Out of a population of 21.4 million, 9.3 million are in need of assistance, according to UN figures. The crisis has generated 2.9 million refugees, who are flooding Iraq, Jordan, Lebanon and Turkey. That number will likely increase to more than 3.6 million by the end of 2014, the UN says.

What Canada is doing: In 2013, Ottawa committed to take in 1,300 refugees – a number that includes as many as 1,100 private sponsorships and the government resettlement of 200 extremely vulnerable cases. 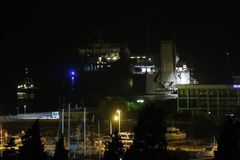 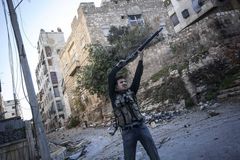 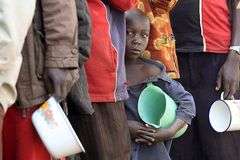 Syrian family says they can see a real future now that they’ve settled in Canada
June 19, 2014 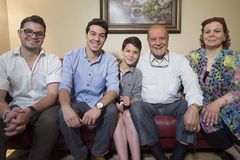