Five years after Canada joined nearly 200 other countries in committing to set aside a significant swath of its landscape for ecological preservation, it lags behind almost every other developed nation in meeting those goals.

The Canadian Parks and Wilderness Society will release a new report on Monday, a copy of which was obtained by The Globe and Mail, that says the pace at which Canada is establishing protected areas is dismal and its promise to preserve at least 17 per cent of its land and inland waters by 2020 will be impossible to achieve unless the rate of progress improves considerably.

Canada, which possesses some of the largest expanses of intact wilderness in the world, has protected fewer square kilometres of its territory than the United States, Russia and Australia. And the report says it trails many much poorer places, such as Bolivia and Tanzania, when the percentage of the country set aside for the preservation of biodiversity is measured.

"We have one of the best opportunities in the world to protect much more of our landscape," said Alison Woodley, the national director of the Canadian Parks and Wilderness Society's parks program and the author of the report. "We still have a lot of wild territory that we could plan and protect proactively in Canada, which is rare compared [with] the rest of the world. But we're not living up to our potential."

As of 2014, Canada ranked 152nd of the 240 jurisdictions that have reported the percentage of their land that is protected. Just 10 per cent of Canada's landscape has been reserved for parks and other natural areas.

More than half of the countries that agreed in 2010 to the Aichi Biodiversity Targets have already exceeded the goal of protecting 17 per cent of their land bases by 2020. At the current rate of ecological protection in this country, the Parks and Wilderness Society (CPAWS) estimates it will take more than 50 years, not five, for Canada to meet that same mark.

"Government action is really key in Canada to actually meeting these targets, so we need more political will to get there," said Ms. Woodley, who points out that 17 per cent is just an interim target and CPAWS believes ultimately that half of Canada's land should be covered.

Because more than 90 per cent of Canadian lands are in the public domain and are managed by one level of government or another, it is not a matter of having to purchase vast swaths of unspoiled territory from private interests, she said.

The Parks and Wilderness Society said it is still possible for Canada to meet the 17-per-cent target by 2020, especially if previous commitments are implemented. The report urges regional land-use planning on a grand scale to create connected protected areas that allow species such as grizzly bears, wolves and caribou to range undisturbed over large distances.

Ted Laking, a spokesman for Environment Minister Leona Aglukkaq, said the Conservative government has made record investments in conservation and national parks.

"Canada's biodiversity goals and targets were collaboratively developed with the provinces and territories and we will continue to work with them to promote conservation and meet these goals," Mr. Laking said.

"Canada now has over a million square kilometres of protected areas, which is almost the size of Ontario," he said.

CPAWS found that the percentage of lands and inland waters that have been protected varies dramatically from province to province. While Prince Edward Island has set aside just 3 per cent of its territory, British Columbia has set aside more than 15 per cent.

Nova Scotia is in the process of expanding its protected areas from 9 per cent of its territory to 14 per cent. Manitoba has committed to creating 15 new parks and wilderness areas. And Quebec and Ontario say they will protect half of their northern regions – though CPAWS says the progress on that has been extremely slow.

It can be difficult to persuade governments to protect lands if that means forgoing the potential wealth and employment that can be reaped through resource development. But Ms. Woodley said there is a significant return on investment from parks, which the report says support 64,000 jobs across the country and that contribute $6 to the Canadian economy for every dollar spent by government. 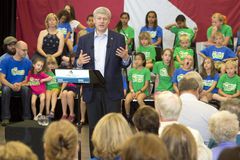 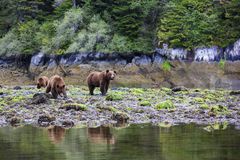 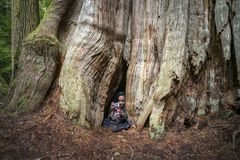