In their Parliaments, European political leaders continued to voice support for the NATO mission in Libya last summer even as the rebellion bogged down and protests grew.

But when it came time to assign planes to a strike, their militaries frequently would "red card" the sorties, which meant they were declaring that they were unable to contribute, according to a government official who spoke on condition of anonymity.

With a Canadian general in charge, Canada couldn't have red-carded missions even if it wanted to, which is why Canadian CF-18 pilots often found themselves in the most dangerous skies.

As NATO announced on Friday that its effort to support the rebellion in Libya would end on Oct. 31 – now that the rebels are in charge and Col. Moammar Gadhafi is dead – the Conservative government congratulated itself on a job well done.

Throughout the mission, Canada was able to use its status as a middle power pulling its weight and punching above it to leverage influence within NATO and among Libyan rebel leaders.

And Prime Minister Stephen Harper demonstrated his willingness to put military forces on the front line in support of collective action against governments that become a menace to their own people.

The Liberals called the idea Responsibility to Protect. The Conservatives gave it teeth.

The uprisings of the Arab Spring caught Western leaders, including Mr. Harper, by surprise. But when people took to the streets of Libya, he decided he had to act.

The Prime Minister demanded to know what force Canada could get into the region and how quickly.

Word came back from National Defence that a frigate could be at sea in a matter of days. Do it, he ordered. On March 2, more than two weeks before the United Nations Security Council authorized a no-fly zone over Libya, HMCS Charlottetown left Halifax for the Mediterranean Sea.

But it was unclear what would happen, as Britain and France pushed NATO to act and a reluctant United States, which was still extricating itself from Iraq and mired in Afghanistan, pushed back.

"[President Barack]Obama had been elected to end two wars, not to start a third one," a Canadian official stated.

The alliance gelled only when it became clear that Col. Gadhafi was determined to crush the rebellion and to wreak vengeance on civilians who supported it. But Mr. Obama made it clear that, after the initial sorties, the United States intended to lead from behind. The other NATO nations would have to do the heavy lifting

Canada decided on a strong commitment. CF-18s at Bagotville, Que., were readied for deployment. On March 20, the opposition parties endorsed a three-month mission.

On March 25, Lieutenant-General Charles Bouchard of the Canadian Forces was chosen to command the operation.

"I'm sure that putting the CF-18s in there helped Bouchard get it," said the government official, who spoke on condition of anonymity.

Another official said that a Canadian commander was probably chosen to bypass French and British rivalries and to reassure the Americans.

Not everyone in NATO was on board all the time, as the rebellion appeared to bog down. Spring dragged into summer. Cities changed hands and changed back. People appeared to be on the regime's side one day, the rebels' side the next.

"Europe wobbled. Throughout the entire process, Europe was touch and go," said one Canadian official.

The wobbling got worse as it became clear that a mission that had initially been intended to protect civilians had crept toward regime change. The Canadians were fine with that.

"A few months into the mission, it was realized that something had to change," the official said. "Gadhafi was just entrenching himself."

On June 14, Canada recognized Libya's rebel council as the legitimate voice of the country's people, even as the House of Commons voted to extend the mission by another three months.

In late June, Foreign Minister John Baird flew to Benghazi, offering Canada's unqualified support to the National Transition Council. (In October, he would become the first foreign minister to visit the Tripoli compound of the toppled dictator.)

On Sept. 26, the House once again approved the extension of the mission, this time over the opposition of the NDP. But by then, Tripoli had fallen and Col. Gadhafi's end was in sight. Canada was one of the first countries to re-open its embassy in Tripoli.

By the end of the campaign, Canadian jets had flown 446 missions over Libya, 10 per cent of the NATO total, and used up 14.5-million pounds of fuel.

The Conservative government and NATO leaders believe they have drawn valuable lessons from Libya. The first is that regimes change only when the people are willing to change them. By limiting its mandate to air strikes, a sea blockade, intelligence and selective use of special forces, the alliance helped make possible a revolution that the Libyan people fought themselves.

Second, NATO can work, and may even work best, when the United States stays in the background.

Third, when asked, Canada can deliver. 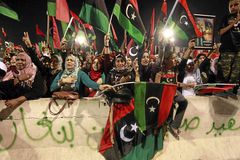 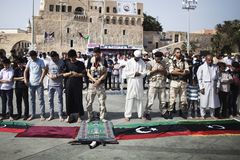 With Libyan liberation, a political victory for Harper
October 20, 2011 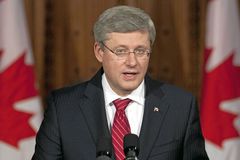 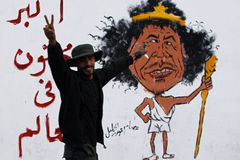 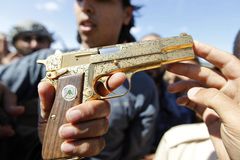 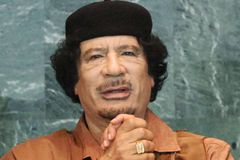 Follow John Ibbitson and Daniel Leblanc on Twitter @JohnIbbitson @danlebla
Report an error Editorial code of conduct
Due to technical reasons, we have temporarily removed commenting from our articles. We hope to have this fixed soon. Thank you for your patience. If you are looking to give feedback on our new site, please send it along to feedback@globeandmail.com. If you want to write a letter to the editor, please forward to letters@globeandmail.com.
Comments