The Canadian government will not pull any funding from Oxfam Canada and Oxfam Quebec after a sexual misconduct scandal shook the international charity's British affiliate.

International Development Minister Marie-Claude Bibeau spoke with both of Oxfam's Canadian affiliates Monday, days after reports that several former aid workers from Oxfam Great Britain paid for sex while on missions in Haiti and Chad. Ms. Bibeau said she received assurances from Oxfam Canada and Oxfam Quebec – which operate separately – that Canadian taxpayer dollars did not fund any projects linked to the sexual misconduct allegations.

"From that conversation I had with Oxfam Quebec and Oxfam Canada on their procedures or their processes, I was very satisfied with what I heard," Ms. Bibeau said an interview Tuesday.

"I have no information that would be of concern to me."

Ms. Bibeau said the government acknowledges the potential for sexual exploitation in humanitarian crises and ensures there is a strict code of conduct in place when it agrees to provide an aid group with Canadian funding.

Oxfam Great Britain is part of Oxfam International, a global confederation of 20 affiliates, which includes Oxfam Canada and Oxfam Quebec.

British Development Secretary Penny Mordaunt has threatened to pull funding from Oxfam Great Britain if it doesn't reveal everything it knows about the Haiti allegations.

Last week, The Times of London reported that seven former Oxfam Great Britain staff members were accused of sexual exploitation and abuse, including the use of prostitutes, in Haiti during the 2010 earthquake response. Oxfam Great Britain's deputy chief executive Penny Lawrence resigned Monday after it was revealed that concerns were raised before the former staff members in question were transferred to Haiti from the Central African nation of Chad.

The seven former staff members have since resigned or been dismissed.

Oxfam Canada executive director Julie Delahanty said she assured the government that no staff or funds from her organization were involved in the Haiti allegations. Ms. Delahanty also issued a public letter Monday in an effort to regain the trust of donors.

"For sure it's going to have an impact. It's a pretty huge story and is very shocking and horrifying to everybody involved, including of course Oxfam staff who work tirelessly on issues of women's rights and gender equality," Ms. Delahanty said in an interview.

In a statement, Oxfam Quebec said it was shocked and outraged by the Haiti allegations. Although the organization works in Haiti, it said none of its employees or funds were involved in the alleged sexual misconduct, as Oxfam Quebec operated separately from its British affiliate in 2011. 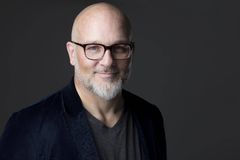 Oxfam deputy head quits as Haiti sexual-misconduct scandal escalates
February 12, 2018
U.K. threatens to cut charity funding after sexual-exploitation allegations
February 11, 2018
Follow Michelle Carbert on Twitter @michellecarbert
Report an error Editorial code of conduct
Due to technical reasons, we have temporarily removed commenting from our articles. We hope to have this fixed soon. Thank you for your patience. If you are looking to give feedback on our new site, please send it along to feedback@globeandmail.com. If you want to write a letter to the editor, please forward to letters@globeandmail.com.
Comments are closed