Canada's environment minister says it won't take much work to boost the country's credibility in the United States when it comes to climate change.

Peter Kent made the remark in Montreal on Friday, a couple of days after the Obama administration challenged Canada to act more aggressively on climate change.

His comment came as Canada desperately seeks ways to get Alberta's oil sands bitumen to markets, including the controversial Keystone XL pipeline project to pump oil though the U.S.

The pipeline debates appear to be catapulting climate change back up the political agenda, with the future success of Canada's oil industry potentially hinging on the outcome.

"Certainly, I don't think we have to go very far to build that credibility," Kent said in response to a reporter's question.

"We're doing a lot. Our American friends know that."

Canada, he added, has worked closely with the U.S. on many joint projects, including international initiatives.

"We work aggressively with the United States on climate change to encourage some of the foot-draggers, the major emitters in the developing world, to step up to their responsibilities," Kent said.

Canada has also been regulating sector by sector, like in the U.S., he said.

"We're deep into finalizing new regulations for the oil and gas industry, including the oil sands, which is an area of particular misrepresented and exaggerated impact in the United States," Kent said.

U.S. Ambassador David Jacobson indicated earlier this week that President Barack Obama's state-of-the-union call for swift action on climate change should also be interpreted as a challenge to Ottawa.

While the Harper government has for years stated its plans to remain in lockstep with the Americans on climate change, Kent declined to discuss whether he was prepared to follow the U.S. into a carbon tax.

"We congratulate President Obama on his state-of-the-union address, his commitment to the environment, but I think it's premature to read between lines," he said.

"We have no plans for a carbon tax in Canada. We believe that the regulatory process is the way to get down (to reduce) climate-changing gases."

When asked whether Canada would ever follow the U.S. into a cap-and-trade system, Kent called such talk hypothetical.

Kent made the remarks at a joint news conference with Natural Resources Minister Joe Oliver, part of a government-wide push to emphasize Ottawa's environmental credentials. The ministers announced 23 clean-technology projects, many of which focus on clean air and climate change.

The $61.8-million initiative will be paid for through Sustainable Development Technology Canada's SD Tech Fund.

At the same time Friday, the federal government tabled draft regulations to make good on a budget promise to increase penalties on unsafe operation of pipelines and nuclear facilities. The new rules would impose fines of up to $25,000 for individuals and $100,000 for corporations if they do not comply with federal safety rules.

Earlier this month, Canada's commissioner of the environment and sustainable development warned that the country's eager pursuit of resource development was exposing it to greater environmental and financial risks.

Those risks, Scott Vaughan wrote in his final report to Parliament, were not being properly handled by government regulators.

Vaughan said the situation has put Canada's reputation as an exporter at stake.

Obama did not mention the Keystone pipeline in Tuesday's address, but he faced calls from organized labour and the petroleum industry to approve the project immediately.

Players on both side of the Keystone debate were busy Friday.

Enbridge Inc. and Dallas-based Energy Transfer Partners announced a plan to spend up to US$3.4-billion to reconfigure a natural gas pipeline to help transport more Alberta crude to the eastern Gulf Coast.

Protesters in the U.S., meanwhile, are preparing for a weekend demonstration against Keystone.

Kent and Oliver insisted it was merely a coincidence that Friday's clean-technology announcement was made so soon after Obama's climate-change challenge.

Oliver said "intensive due diligence" was undertaken in respect to every single project announced Friday.

"The suggestion that we somehow gathered together at the last second in order to respond politically is completely at variance with the facts," the natural resources minister said.

Canadian oil has recently been sold at lower rates than usual due a lack of pipeline capacity out of Western Canada and the U.S Midwest. As a result, Oliver estimated $50-million is lost each day because of the bottleneck.

Ottawa's drive to ensure oilsands crude finds its way to market from Alberta has the federal government exploring and promoting options in different directions – all of which have started controversy.

The Keystone project would send bitumen south, the Northern Gateway proposal would see crude piped to the West Coast and eventually to China, and other plans would use existing pipelines to send Alberta oil to Eastern Canada.

One proposal, by TransCanada Corp., would convert an existing, underused natural gas line to bring oil from Western Canada to Quebec and New Brunswick. Another, put forward by Enbridge, would reverse the flow of a line between Montreal and southern Ontario.

Quebec Premier Pauline Marois and New Brunswick Premier David Alward, who have both expressed interest in receiving Alberta oil, are scheduled to meet in Montreal on Monday.

Environmental groups and people who live along the eastern pipeline routes have said they don't want "dirty" oil running through communities. They have also raised concerns over the possibility of spills.

Oliver maintained Friday that places like Quebec would benefit from Alberta crude funnelling into the province's refineries.

"It would create jobs and the possibility of lower gasoline prices for consumers," he said.

"I'm not going to anticipate a negative reaction from the province."

A troubling message from the U.S. ambassador on climate change
February 14, 2013 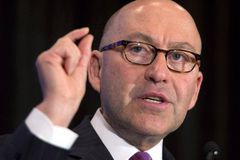 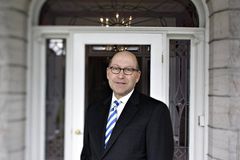 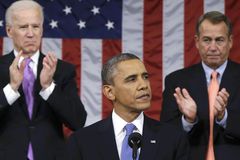