The federal government cancelled the long-form census with little heed to the consequences of its decision, according to a new first-hand account of the drama that unfolded a year ago.

An essay by former chief statistician Munir Sheikh says the census decision has shaken Statistics Canada's neutrality and independence, and put at risk the government's own work in many areas.

In the essay, Mr. Sheikh warns statisticians working at the federal agency to "guard against political intervention" until better solutions are found.

Mr. Sheikh also raises concerns over poor data on aboriginal populations, especially housing on reserves, and about the government making key decisions on pension reform without having reliable information on wealth in Canadian households.

But it's the cancellation of the long-form census that compounds the weakness in other data, he writes.

The government's new, voluntary approach to collecting census-like data "is a change in course from the existing Statistics Canada practice of achieving both privacy and data quality objectives," Mr. Sheikh writes.

The essay is Mr. Sheikh's contribution to a volume on "intelligent government" published by the Centre for the Study of Living Standards.

Mr. Sheikh resigned in July of 2010 over the Conservative government's handling of the issue, saying it put false words in his mouth in explaining to the public why the long-form census was cancelled.

The government made its decision to cancel the mandatory long census in June of 2010, but left the mandatory short census that goes to all households intact. The long form was replaced by a voluntary survey of households that is now underway.

Spokespeople for Industry Minister Christian Paradis did not immediately respond to requests for comment.

While many a critic has made the same points as Mr. Sheikh, his essay is a meticulous analysis that comes straight from the horse's mouth, asking pointed questions about the government's ability to deal with the fallout of the census decision.

He recalls that the government justified its decision by saying it needed to protect the privacy of respondents.

"What was wrong with Statistics Canada's approach to achieving the twin objectives of quality and privacy?" he asks, pointing out that the privacy commissioner never expressed any concerns, and that complaints from the public were almost non-existent – two in 2006 and one in 2001.

In analyzing the effects of the cancellation of the long form, he asks, "why did the government not consult with data users?"

Government policy itself is dependent on information gleaned from the long-form census to assess labour and skills shortages, the educational attainments of immigrants and aboriginal peoples, the work experience of disabled people, and so on, Mr. Sheikh writes.

Statistics Canada's own information is also hampered by the lack of a solid baseline that was provided by the long-form census in the past, he adds.

"The agency's philosophy to date has been to produce the highest quality data at least cost. The cancellation of the long-form census, and its substitution with a voluntary survey, turns this objective upside down," he says.

He also worries about the need for a more up-to-date Consumer Price Index – a key ingredient in wage settlements and monetary policy.

And he wonders how the government can overhaul the country's pension system while at the same time lacking crucial information that would come from an ongoing wealth survey.

"The debate on the adequacy of pensions is taking place without the knowledge about personal asset levels of Canadians at the time of their retirement," Mr. Sheikh writes.

"The impact of the financial and economic crisis cannot be fully examined without an understanding of changes to household wealth."

He says the agency's well-earned international reputation for impartiality and quality is at risk, as is its trustworthiness within Canada.

But he also suggests solutions.

Statistics Canada needs to reallocate resources from less relevant data collections to more modern needs — even if the clients kick up a storm, he says.

At the same time, the government needs to stop cutting Statscan's budget, and increase it instead, so it has a hope of meeting its clients' expanding needs and providing information for free, he says.

Until that happens, the agency had better keep its back up, he adds. "It must guard against political intervention and preserve its integrity and reputation." 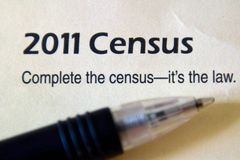 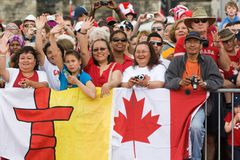 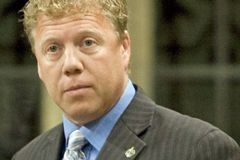 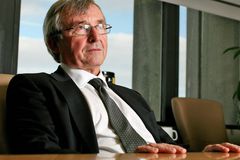 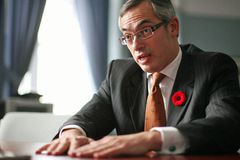 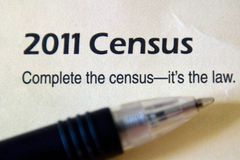 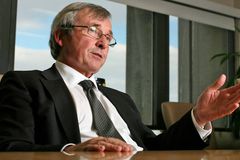 Census refusenik avoids fine and prison
January 20, 2011
Follow us on Twitter @globepolitics Opens in a new window
Report an error
Due to technical reasons, we have temporarily removed commenting from our articles. We hope to have this fixed soon. Thank you for your patience. If you are looking to give feedback on our new site, please send it along to feedback@globeandmail.com. If you want to write a letter to the editor, please forward to letters@globeandmail.com.
Comments