The value of the Canadian dollar and the price of oil, one of the nation's top exports, have both tumbled to near record lows. But those details – and the apparent demise of the Keystone XL pipeline – don't begin to tell the story of what lies ahead for the economy of Canada, America's second-largest trading partner.

Last year, Canadian voters elected an energetic and pragmatic prime minister, Justin Trudeau. He campaigned on a platform of inclusion and tolerance, focusing on the need to bring people together to solve problems, including pulling the country out of its economic doldrums. His youthful energy and optimism have inspired comparisons to John F. Kennedy, and like Kennedy, he is promising to cut middle-class taxes and tackle the biggest scientific challenge of his time, which today is climate change.

Trudeau's commitment to fighting climate change coincides with his recognition that the Canadian economy has been too dependent on oil for too long. The good news for Trudeau is that the market shares his view, as local governments are proving.

In the United States, cities are often on the leading edge of change; in Canada, cities and provinces serve the same function. The most populous province, Ontario, has begun a 10-year, $130-billion program to improve its roads, transit and hospitals. The bonds sold to pay for those investments have been outperforming the national average, including in oil-rich Alberta. Investors have decided that governments with strong infrastructure are a better bet than those that are dependent on fossil fuels – and they are right.

Trudeau is committed to increasing investment in low-carbon infrastructure and clean-energy technology (Canadian Solar has become the one of the world's largest manufacturers of solar panels), and market returns indicate that investors agree. So do local leaders. Cities from Montreal to Vancouver have set aggressive targets for reducing greenhouse-gas emissions, and they are allowing the public to hold them accountable by making those targets public through the Compact of Mayors, a standardized reporting platform that more than 400 cities around the world have committed to. Various provinces have also adopted carbon taxes and cap-and-trade systems.

By prioritizing greater investment in a low-carbon economy, Trudeau is swimming with the market's currents and local government trends. And those investments will help address another challenge facing the Canadian economy: individual and corporate cash reserves, which now stand at more than $500-billion. As more infrastructure is built, more private-sector investment will follow, drawing more funds back into the market, which will spur more economic growth – and tax revenue. With interest rates at sustained record lows, there has never been a better period for governments to borrow money to pay for new transit, schools and hospitals – an opportunity the U.S. government has mostly missed.

Canada faces its share of challenges, and whether the national government can live up to its carbon emission reduction targets will depend largely on how successful its bottom-up approach proves to be. But locally led actions that are aligned with market forces have the potential to drive a new era of growth and investment. Strong economic leadership, as Trudeau seems to understand, does not begin with protectionist or socialist policies that vilify scapegoats. It begins with uniting people around a hopeful and realistic vision that can be fulfilled if government works in concert with markets. 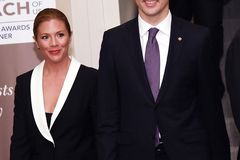 Trudeau praised for his efforts to create gender equality
May 16, 2018 Why Trudeau should speak his mind about Trump
May 16, 2018 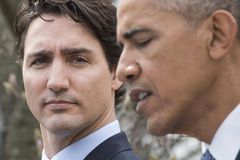 Ambrose says Trudeau should have pressed Obama on energy, Keystone
May 16, 2018 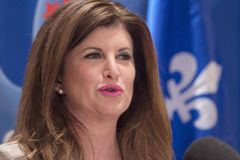