Canada's producers of medical marijuana are sitting on a seven-tonne stash of weed, with the inventory steadily growing as supply exceeds demand in the legal system, according to the most recent Health Canada numbers.

Health Canada is currently studying 401 new applications for licences to produce cannabis for medical use, on top of the 27 firms that are currently in production across the country. In addition, the department is receiving about two new demands for licences a week, Health Canada spokesman Sean Upton said.

Still, the department acknowledged there is already an "overall sufficient supply of marijuana for medical purposes to meet the current access needs of registered clients."

Faced with this surplus capacity, producers of medical marijuana have launched a lobbying campaign to persuade the government to offer them privileged access to the market for recreational marijuana, once the drug is legalized.

"What we continue to hear from government, both at the provincial and federal level, is they are very focused on ensuring a high level of control and quality on the production of cannabis for the adult recreational space, and we are very supportive of that," said Greg Engel, chief executive of Tilray, which has been a licensed producer for nearly two years.

However, the surplus points to flaws in the federal model of medical cannabis, as users increasingly opt to purchase drugs at unregulated dispensaries, Vancouver lawyer Kirk Tousaw said.

He said it would be a mistake for the government to expand the model for medical marijuana when it legalizes the drug for recreational purposes.

"The difficulty is that taking a failed system and just making it bigger isn't going to make it work," said Mr. Tousaw, who represents a variety of clients in the cannabis industry.

He argues that Health Canada imposes too many costly regulations on licensed producers, mostly as part of an effort to prevent people involved in the illegal trade from joining the legal market.

"You don't need a PhD to grow high-quality cannabis that is contaminant-free. Most growers across the country are doing a great job of that and have not graduated from horticultural school," Mr. Tousaw said.

However, Health Canada found that licensed producers were holding 7,312 kilograms of marijuana in their inventory as of Sept. 30. Three months earlier, on June 30, the inventory sat at 5,445 kilograms, which was up by 3,400 kilograms over the previous year.

Under current rules, medical marijuana is sent to users by registered mail – a system that both Mr. Engel and Mr. Tousaw agree should not be replicated for the recreational market.

"There is no question that some type of consumer-facing model is what is preferred in the adult recreational space, which to date has led to the proliferation of the dispensaries," Mr. Engel said.

Mr. Tousaw added: "People want to buy it from stores, like everything else. Particularly plants, this is something you like to smell, look at, before you purchase. It's like tomatoes. You want to see the quality before you spend your money."

Licensed producer Bedrocan Canada has just slashed the price of all of its products to $5 a gram, down from $7.50. Other firms charge up to $12 a gram for medical marijuana, but Bedrocan said it has the ability, as its production capacities increase, to make its medical product more accessible.

In an interview, Bedrocan president Marc Wayne added that the company is "flexing muscle" in the wake of the rise of illegal storefronts that sell marijuana for both medical and recreational use.

In last year's Speech from the Throne, the Trudeau government vowed to "legalize, regulate and restrict access to marijuana." The government's point man on the file, Liberal MP and former Toronto police chief Bill Blair, promised a series of controls once the market was opened up.

"There needs to be reasonable restrictions on making sure that we keep it away from kids, because I think that is very much in the public interest. We also have to ensure that the social and the health harms are properly managed and mitigated, and that can be done through regulation," he said in a recent interview. 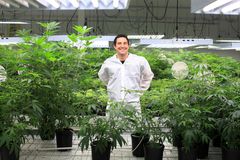 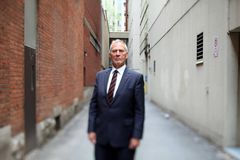 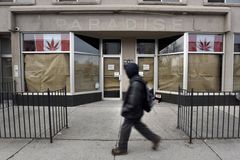