Canadians who wish to smoke pot openly – and can't make it to liberal Colorado – can always try their luck in Halifax. Authorities there lay criminal charges in fewer than two incidents out of 10. But there is no such relaxed vibe in the country's most stringent city, Saskatoon, where the prosecuted puffers number eight out of 10.

A look at Statistics Canada's 2012 data on charges laid for simple cannabis possession – up to 30 grams – shows wildly inconsistent enforcement across the country. By comparing the number of resolved incidents with the number that resulted in criminal charges, The Globe and Mail found a patchwork of crime and punishment that can vary from province to province and city to city. Even in ostensibly laid-back British Columbia, smokers should be a little paranoid about where they light up.

The discrepancy presents a critical legal question for this outsized political debate. As the federal government considers changing the law around simple possession, legal officials stress that a law's validity is only as good as its universal application. If one offender walks away from a crime in one city while another winds up with a criminal record or a jail sentence in another, this geographic discrimination can undermine the law's authority.

"It's important that the law in Canada be applied in a consistent way," Toronto Police Chief Bill Blair said in a recent interview with The Globe and Mail. "Justice requires it."

Elected in 2006, the federal Conservatives have taken a more aggressive stance against marijuana use than their Liberal predecessors. Arrests for pot possession across the country have jumped 41 per cent, creating a new class of casual smokers who have criminal records. Seventy per cent of Canadians polled by Forum Research last August said they wanted legalization or decriminalization. The federal Liberals raised the issue nearly a decade ago, but the debate reheated in August after Leader Justin Trudeau's admission that he smoked after being elected as an MP.

The Canadian Association of Chiefs of Police has suggested that officers should have the choice of ticketing offenders rather than charging them, a proposal that the federal government is reviewing.

In terms of enforcement, Chief Blair's Toronto is a few points over the national average: around five out of 10 incidents as opposed to 4.7. But nearby the rates are all over the map: 2 1/2 in Guelph, 3 1/2 in Windsor, five in London, seven in Barrie.

A number of factors account for such disparities. Some cities' forces have a zero-tolerance policy for simple possession, while others forego smaller crimes and prioritize others, such as domestic violence. Regional or cultural differences are another factor. Some municipalities employ the RCMP, which takes its orders from Ottawa and is perceived as being more stringent.

"To see that level of disparity in those numbers is further evidence to me that there's not a widespread consensus that marijuana possession is, or ought to be, at the core of our criminal justice system," said former British Columbia attorney general Geoff Plant.

But Saskatoon is nearly twice as tough on small possession as Regina, which is around the national average. A proponent of the so-called "Broken Windows" approach to policing, Saskatoon takes the view that intensified police presence and severe enforcement of small infractions deters large crimes.

"If you don't address a problem, and you say it's okay not to clean your room, the room becomes a mess later on," said Detective Inspector Jerome Engele of the city's Criminal Investigation Division. "So the issue is to address the problem, diligently work with it on a constant basis – and your problems stay small and don't grow into a bigger problem."

While B.C. is stereotyped as much for its sweet clouds of weed smoke as for its overcast skies, one cannot wave around one's dime bags with impunity. Like everywhere else in the country, B.C.'s enforcement record is a mug's game of approaches and attitudes.

There is Vancouver, where police don't spend much time attempting to arrest users: One in five incidents wind up with charges. On downtown streets, it's not uncommon to smell the familiar scent wafting from the direction of random pedestrians, discretely holding a burning joint of the so-called sacred herb inside a cupped hand.

"There's a sense that the tradeoffs are too great," said Neil Boyd, a criminologist at Simon Fraser University. "It's costly, and it's just not that important to police, given public sentiment, and given the reality that many officers at one point have used marijuana themselves prior to joining the police force."

Mr. Boyd said that RCMP-policed cities in his province are more rigorous. Ever since 2006, the Mounties have followed Ottawa's lead in getting tough on cannabis possession. "If you look at data outside of Vancouver, you'll see that charges have doubled over that period of time, mostly as a consequence of RCMP enforcement."

Kelowna is one example. In 2012, the city had the highest number of reported incidents per capita in the country: more than three people out of 100. From 2011 to 2012, the number of charges laid went from four to six out of 10 incidents.

In contrast, there is Abbotsford, the country's second-most permissive city behind Halifax. "Police are not targeting possession, and we don't get a lot of calls asking us to target possession," said Constable Ian MacDonald, the force's public information officer. "Whereas, we'll get tons of calls for people saying, 'My neighbours are engaged in a big fight and I think somebody's going to get hurt.' "

And then there is Halifax, a university town that hosts four schools and all the minor delinquency that comes with them. To many students, smoking up in alleys and outside of bars downtown at night is fair game. Police Chief Jean-Michel Blais, however, said that his force's priorities are elsewhere: patrolling the downtown core and combating issues around alcohol abuse.

Small seizures are higher maintenance than public drinking. The person with the bottle of booze is given a ticket; the person with the joint requires three to four hours of police work, he said. If the case goes to court, and it's a first-time offence, the case may be withdrawn.

"From a societal point of view," he asked, "where is the interest in pursuing that?" 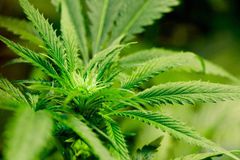 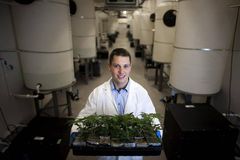 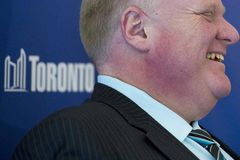 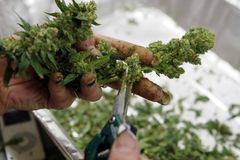