Mr. Harper spoke on Monday at a Filipino church in Toronto and announced an additional $15-million for aid groups responding to Typhoon Haiyan. Canada had earlier pledged $5-million. The federal government will also match private donations Canadians make before Dec. 9, and those donations are "closing in on $20-million," Mr. Harper said.

That puts Ottawa's aid at $40-million, a figure that will grow as more donations come in and the cost of Canada's military mission becomes clear.

"Our thoughts and prayers continue to be with those in the Philippines who have been devastated by Typhoon Haiyan. We are standing shoulder-to-shoulder with the Filipino-Canadian families who have loved ones that have been affected by this tragic natural disaster," the Prime Minister said in a written statement. His office allowed cameras, but not reporters, at his announcement.

The large Filipino-Canadian population is growing quickly, and the Conservative government has been careful to publicize each detail of its response to the storm that devastated much of the Philippines. Mr. Harper's presence at Monday's announcement is the latest example.

Canada has also sent, as of Sunday evening, 237 soldiers as part of the Disaster Assistance Response Team, or DART. They will help clear debris, rebuild roads, provide clean water and deliver medical care. The total cost of Canada's response remains unclear, as a military official in Ottawa, Colonel Steve Kelsey, said on Monday there is no estimate.

Federal officials also continue trying to reach and help Canadians whose loved ones say they were in the devastated regions when the storm struck. As of Monday morning, 39 Canadians were either unaccounted for or seeking help from Ottawa, including transportation or travel documents. Federal officials have been in touch with 174 Canadians who do not need help. No Canadians have been reported injured or killed.

Mr. Harper's announcement comes as federal officials defend the decision to deploy to a region with relatively minimal damage. Canada is focused on the provinces of Capiz and Iloilo, on the island of Panay, where damage pales compared to that in Tacloban.

But the Canadians say the Philippines government asked them to go there, and that more aid groups are arriving on Panay. In those two provinces, about 250 evacuation centres need water, sanitation equipment and medicine, while about 200,000 homes have been damaged, or destroyed, said Neil Reeder, Canada's ambassador-designate to the Philippines. He estimated the typhoon affected 1.5 million residents of the two provinces.

"At the time of our consultations, it was clear there was a need on the island of Panay, and also that there wasn't, at that time, a donor presence. And we were encouraged by the government of the Philippines to focus there," Mr. Reeder said Monday. "…I think it was a good decision, a wise decision. It was made on the best decision we had, and on the recommendation from the Government of the Philippines."

Other aid groups are funneling into the region where Canada has set up, Lieutenant-Colonel Walter Taylor, DART's commander in the Philippines, said on Monday. The number of international aid groups has ballooned from roughly five to 25, he said. "Our decision is really being justified now," he said.

On Nov. 10, Canada dispatched an advance team, whose primary job was to determine where to send DART. Lt.-Col. Taylor said the governments of the Philippines and United States told them there was no room at the Tacloban airport, where aid to that devastated city was being routed. In talks with local authorities and on the advice of the advance team, DART dispatched to Panay.

"We'd be contributing to the airflow problem if we tried to pile ourselves on top of the existing, very robust efforts being provided by those two countries in that affected area [near Tacloban]. So this was the logical choice, and seems to be borne out by our daily assessment," Lt.-Col. Taylor said of the decision to select Panay as Canada's focus.

Canada sent two Griffon helicopters on Sunday, and is expecting to send a third. Canada also announced Monday that three additional large-scale water purification units were being sent – the first was shipped on Friday. Canada has also backed a Canadian Red Cross mission to dispatch a 70-bed field hospital to the Philippines. That team was sent out last week and is expected to set up the field hospital by Wednesday in Ormoc City, which is on the same island of Tacloban but on the opposite coast.

Canada has ruled out any naval component to the mission, saying a ship would take too long to reach the Philippines, and DART says there's no apparent need for other equipment. "There are no additional requirements that are going to be requested at this time," Lt.-Col. Taylor said Monday.

Canada aid after the 2004 tsunami struck Asia was roughly $425-million, according to news coverage at the time. Canada committed a total of $130-million in aid after a 2005 earthquake in Pakistan, according to a government estimate. DART was deployed to both. After the latter deployment, then-Conservative opposition MP Helena Guergis slammed prime minister Paul Martin for using DART as a political ploy, saying "the prime minister is going to waste millions on a photo-op instead of disaster relief."

In Canada, Filipinos worry about relatives back home
November 17, 2013 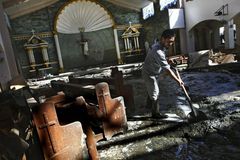 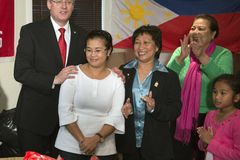 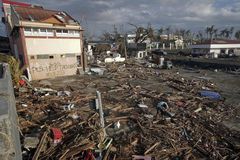 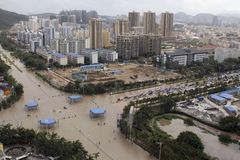 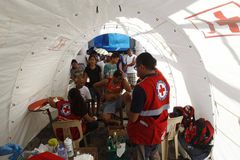 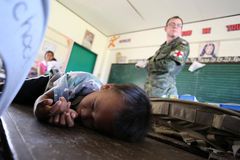