Canadian fighter pilots have been accused of killing civilians during a Jan. 21 air strike in Iraq – an allegation the military has kept under wraps until now.

The Canadian Armed Forces, which revealed this information in response to a question from The Globe and Mail, say they've nevertheless found no evidence to back up this accusation.

The military has been asked repeatedly since last fall whether Canadian CF-18 Hornets have inadvertently killed or injured civilians during the United States-led air war against Islamic State terrorists. This is the first time it's been revealed such an allegation has been made.

The Forces say they are inviting anyone with more information to step forward.

"In January, 2015, information came to the Canadian Armed Forces that there might have been civilian casualties as a result of a strike by our CF-18s," said Captain Kirk Sullivan of Canadian Joint Operations Command. "The source of this allegation had himself heard of these potential casualties through a second-hand account."

The military said it's willing to collect more evidence and investigate if circumstances warrant.

"Any agency with information that would indicate potential civilian casualties, or aid in clarifying existing allegations, is encouraged to provide it to the Canadian Armed Forces so that it may pursue it with the coalition," Capt. Sullivan said.

Canada's CF-18s have been bombing targets in Iraq since November, 2014, as part of the United States-led air bombing campaign to help Iraqi ground forces recapture their country from extremists who have seized large swaths of territory. Canada also began air strikes in Syria in April, 2015, after the Conservative-dominated House of Commons voted to expand the bombing campaign.

Divulging the allegation about the January air strike is a change from the Forces' line on the matter as recently as seven weeks ago.

"Canada is quite confident that with all the strikes that we've executed, there is absolutely no evidence of civilian casualties associated with our strikes," the officer told reporters.

Defence Minister Jason Kenney also told reporters in early August that he knew of no cases in which there were civilian casualties caused by Canadian bombs in the war on the Islamic State – also referred to as ISIS or ISIL.

"All I can tell you is we're not aware of any claims of civilian casualties as a result of the RCAF bombing ISIL targets in Iraq and Syria, and I believe the United States is only aware of one," Mr. Kenney, currently running for re-election, said Aug. 3.

Yet the Canadian military now says it's known of this allegation for about seven months.

The military says after it learned of this accusation – which it did not elaborate on – there was further scrutiny of photos and videos of the Jan. 21 air strike but these yielded no proof civilians were killed during the attack on Islamic State forces.

"The coalition headquarters conducted a review of all available, reliable imagery and video. The review uncovered no evidence of civilian casualties," Capt. Sullivan said.

The review of the Jan. 21 bombing was conducted by the Combined Joint Task Force-Operation Inherent Resolve headquarters, the Forces say.

The military says the bombing in question took place northwest of Mosul when CF-18 jets were flying a coalition mission in support of Iraqi security forces on the ground. In January, the Forces said in a news release that the Hornets had struck an Islamic State "fighting position."

"It was reconfirmed that the target was a valid military objective from which ISIS was firing a heavy machine gun … at Iraqi Kurdish troops," the officer said. "The area in question is still within ISIS-held territory."

The Forces say they didn't consider it necessary to make public this particular allegation because there was insufficient evident to mount a formal investigation.

They could not sufficiently explain Thursday evening precisely why they have now decided to make the allegation public.

Citing "security reasons," the military is refusing to identify the source of the allegation – and whether this person is civilian or a soldier – and is referring further questions on the complainant to U.S. Central Command.

Canada's participation in the United States-led campaign against Islamic State militants is projected to cost more than half a billion dollars by March, 2016 – with the majority of the expenses to come from the air war, which also includes surveillance planes and a refueller.

With a report from Oliver Sachgau 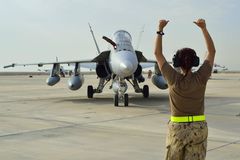 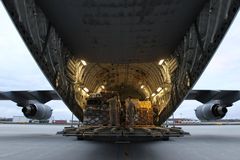