Canadian fighter jets will be patrolling the edge of Russian airspace starting in September when Ottawa sends six CF-18s to join air defence missions over the Baltic states as part of the NATO response to Moscow's efforts to destabilize Ukraine.

This new assignment offers a more important role for Canada in the alliance's reaction to Vladimir Putin because air policing over Estonia, Latvia and Lithuania, which are not able to carry out their own air defence, is exactly the sort of weighty role NATO was designed to play – lending stability to the security situation in Europe.

"CF-18 Hornet crews will work with NATO allies and respond to any violations of Baltic air space," the government stated.

The CF-18 Hornets will operate out of Lithuania, possibly from the Šiauliai air base, and their mission will be distinctly different than the role Canadian jets have so far played in NATO's reassurance mission.

During the Baltic patrols, Canada's fighters will be armed, flying with loaded weapons. By comparison, Canadian fighters have been conducting unarmed NATO training exercises in Romania since May. Canada is winding up the Romanian training in August.

This new assignment, expected to last until December, will bring Canadian fighters far closer to Russian territory than the NATO exercises in Romania. Lithuania is right beside the Russian enclave of Kaliningrad, home to Moscow's Baltic Fleet and territory that is geographically separated from the rest of Russia; the Latvian-Russian border lies a few hundred kilometres to the northeast.

"Our government is steadfast in our support for Ukraine and will not stand idly by while its sovereignty and territorial integrity are threatened," Defence Minister Rob Nicholson said Thursday. "We will continue to stand by our NATO allies to promote security and stability in Central and Eastern Europe … [and] continue to demonstrate the strength of allied solidarity in response to Russian aggression."

NATO allies have been guarding Baltic airspace since the three states joined the military alliance in 2004, but the number of jets patrolling the region has been beefed up since Russia invaded and annexed Ukraine's Black Sea peninsula.

The Baltic states, which contain more than one million ethnic Russians, watched fearfully earlier this year as Mr. Putin justified his takeover of Crimea by saying he needed to protect its Russian population. In recent years, Moscow has staged big military exercises that simulate an invasion of the Baltics.

NATO leaders are meeting in the United Kingdom in September to consider how to reshape their defensive alliance to respond to a resurgence of Russian aggression. Proposals include beefing up Western military exercises and building permanent new bases along the Eastern European flank of NATO to contain Russia.

Canada's other contributions to the current NATO reassurance mission include extra staff at NATO headquarters, the frigate HMCS Regina in the eastern Mediterranean, where it can be quickly deployed to the Black Sea if needed, as well as Canadian Army soldiers in European training exercises.

Last month, Prime Minister Stephen Harper said his government is looking at a making a bigger long-term defence commitment to Eastern and Central Europe to guard against Mr. Putin's "menace and expansionism." Government sources say Ottawa expects this will mean a continuing series of short-term deployments where NATO countries rotate assignments in the region. Mr. Harper, they say, wants to be assured additional deployments will result in Canadian Armed Forces members performing useful tasks, such as training, instead of idling in a watch-and-wait mode. 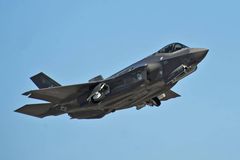 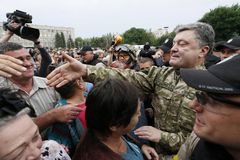 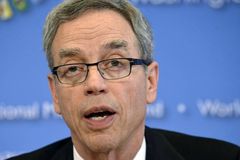 Sanctions on Russia’s economy could be delayed amid positive signs from Putin, U.S. officials say
June 25, 2014 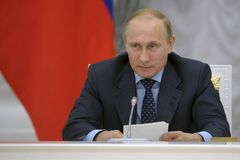 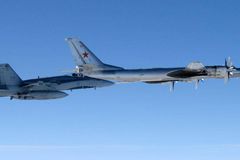