When a team of public servants at Canadian Heritage tried to create a human library for the department – where you "check out" an expert as you would a book – few wanted to use it.

Defeated, the team was taken into a meeting with the most senior bureaucrat in the department to explain what went wrong.

But instead of being punished, the team got pizza and a pat on the back for trying out an innovative idea.

Learning from failure is one of the lessons the federal public service is taking from tech startups in an effort to modernize and motivate its work force. But observers inside and outside government warn that small innovation projects just pick at the edges of the more serious issues facing the public service as it tries to adapt to a faster-moving age and a new regime.

"We have an ambitious agenda as a government," said Scott Brison, President of the Treasury Board, the lead Liberal minister for the public service. "We can't get it done without the full engagement of our public service."

Some 200,000 people work for the core federal public administration, across dozens of departments and agencies that have many levels of seniority and strict workplace rules. In internal surveys, public servants say they see red tape and the bureaucracy's dense hierarchy hampering their ability to get their jobs done. The traditional structures have even extended to new technologies, where sending out a single 140-character post on Twitter can require up to a dozen layers of approval.

As part of a push in the bureaucracy to find new ways to work, Canadian Heritage is one of a dozen departments taking a page from Google and letting employees spend up to 20 per cent of their time working on temporary projects outside their usual job descriptions and the usual procedures.

Deputy minister Graham Flack said the initiative – called "micro-missions" – was developed to bring some flexibility to the rigid organization of departments.

"The theory behind micro-missions is, in government, it's actually very difficult with our traditional HR systems to move people around," Mr. Flack said.

Mr. Flack also chairs a committee of top bureaucrats who work on new ideas, and the group invites junior employees to join their discussions to get fresh ideas and a better view on the ground.

"We operate in a very hierarchical organization, and sometimes [we have] to give them a reality check," said Francis Nolan-Poupart, a 27-year-old policy analyst at Employment and Social Development Canada, who sits on the committee.

But just because an idea worked for Google does not mean it will work for the government – or even for other tech companies. Konval Matin, the director of culture at Shopify in Ottawa, and Anna Lambert, the director of talent acquisition, said their company – a rising star in Canada's tech world – tried giving employees time every week for special projects, but it just did not work.

"We realized you would get so enthralled in your day-to-day that you wouldn't actually set aside the 20-per-cent time," Ms. Matin said.

Marianne Hladun, an executive who leads the Public Service Alliance of Canada's young-worker file, said the union has some concerns that projects might just add work for already stressed employees.

"In a lot of cases, people are just trying to keep their heads above water," Ms. Hladun said. "In some departments, which I believe Canadian Heritage falls into, … people are doing special assignments but they're not being compensated at appropriate levels. That's a bit of a concern to us."

Leaders at both the political and bureaucratic level have warned that many areas of the federal public service are suffering from poor workplace environments that are hampering service delivery and the mental health of the work force. In her final annual report last year as the top bureaucrat in Ottawa, Janice Charette said there was an urgent need to create a "healthy, respectful and supportive work environment."

Donald Savoie, a professor at the Université de Moncton and a leading expert on public administration, said he thinks some of the innovative projects are just "band aids" that do not fix deeper problems affecting morale in the public service. "For a government to say, we're going to have hackathons, or collaborative events, or spaces, that, my friend, is the easy part. The much more difficult part is redefining the role of the public service so that it would resonate."

Shopify holds townhalls on Fridays where employees are encouraged to share what they are working on, and talk about what is going well and what is more challenging than expected – just as Canadian Heritage tried to do with its pizza lunch.

Ms. Matin of Shopify said even the executive team takes part occasionally – and the exercises have been good not just for morale, but also for productivity as workers from different teams pick up tips from each other.

"The stuff that's really easier said than done is the trust and the autonomy," Ms. Matin said. "Not being afraid of letting people experiment and try new things and potentially fail. But the cool thing is, let them fail, let them talk about it."

Traditionally, the public service is not known for taking risks. Mr. Brison acknowledges the potential for failure as more public institutions and individuals are empowered to try new things and make more decisions on their own. As a political leader, he could be held responsible if something goes wrong. But he says that is part of pushing the public service to do better.

"The only way to avoid ever making any mistakes is to do nothing," he said.

The benefits of trust, empowerment and innovation
February 1, 2016 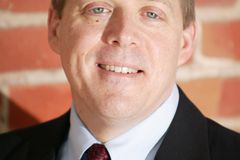 Harassment should not be part of city staffers’ jobs
February 26, 2016 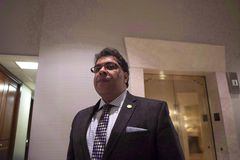 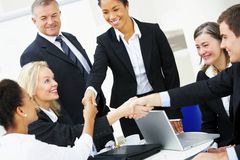