A former military officer and lawyer who often represents victims of sexual assault says the armed forces' efforts to curb improper sexual behaviour are jeopardizing the careers of people who have done nothing more than make offhand, and in some cases banal, comments to colleagues.

Michel Drapeau says his firm is defending between eight and 10 members of the military whose jobs were put on hold after other members of the forces claimed to be offended by remarks that most people would find innocuous.

There is no question that the "sexualized culture" in the military needed to be reformed, Col. Drapeau said. But, according to him, the approach to sexual assault and harassment that is being taken by General Jonathan Vance, the Chief of Defence Staff, is creating a new class of victim – those who are wrongly being labelled as harassers.

Gen. Vance took over as top soldier in the summer of 2015, just a few months after a report by former Supreme Court justice Marie Deschamps said sexual abuse is rampant in the military. He quickly launched Operation Honour to put an end to the misconduct and, two and a half years later, the military boasts a significant increase in reports of wrongdoing.

But Col. Drapeau said a corollary effect is that his office now represents senior members of the military whose lives have been upended by Operation Honour and its broad characterization of the term "harmful behaviour."

"It now seems that, under Operation Honour, heretofore rather banal social exchanges or repartees are now being scowled upon by the highest echelons of the armed forces and dealt with zeal by military police, career management staff and the chain of command," he said. "Careers and reputations are cut short for puritanical and punctilious reasons."

Rear Admiral Jennifer Bennett, the director-general of the Canadian Armed Forces strategic response team on sexual assault, would could not discuss specific incidents, but said it would be unusual for someone to be written up for harassment after making a lone comment or gesture that offended someone unintentionally.

On the other hand, she said, the people who hear and see things that might be considered harassment "get to decide in their mind whether that was offensive to them."

People are being "hyper-vigilant and hyper-aware" and that has led to more people reporting sexual harassment, Rear Adm. Bennett said. Many are third parties who have witnessed behaviour they believe to be inappropriate.

But "there's always concern for both sides" – the abused person who may be wrongly disbelieved and the accused who may be innocent, Rear Adm. Bennett said. "Before any charges are laid, or before disciplinary action is taken, very thorough investigations are done. And there are checks and balances at all stages of that."

There are a number of different processes that can be followed when someone files a sexual harassment or assault complaint within the Canadian Armed Forces but Gen. Vance is immediately notified when such allegations have been made.

Military personnel are prevented by the Queens Regulations and Orders from talking to the media without approval from their superior officer. As a result, Col. Drapeau's clients were unable to speak to The Globe and Mail and cannot be named – and it is impossible to get the story from the point of view of their accusers, who may see things quite differently.

But Col. Drapeau's account of their stories suggests that the military, which was accused in the not-so-distant past of ignoring allegations of sexual harassment, is moving far in the other direction.

One of the men he represents is a medical assistant who taught battlefield procedures to soldiers. While explaining how to properly insert a breathing tube into a patient's nose, some students took exception to the language he used including his instructions on how to "lubricate the tip," Col. Drapeau said. He was accused of harassment and discipline is now being considered, he said.

Another man, Col. Drapeau said, purchased a games table for his unit to use during their down time and, during banter with subordinates, made a spanking motion with his racket. Harassment complaints were made and he is undergoing a career administrative review that could lead to his release from the military.

A third, he said, was posted abroad when he complimented a subordinate on the pendant she was wearing and said he would like to buy one for his wife. She filed a harassment complaint saying he was staring at her breasts and he was repatriated immediately without knowing the details of the allegations against him or being able to make representations until his return to Canada. A subsequent investigation cleared him of any wrongdoing.

In the military, charges that do not exist in the civilian world can be laid against personnel who sexually harass colleagues. These include scandalous behaviour, disgraceful conduct, abuse of subordinates and conduct that prejudices good order discipline.

Brigadier-General Rob Delaney, the Provost Marshal who commands the military police, said his officers are sometimes asked to investigate accusations of sexual harassment. But, if there is no actual assault involved, Brig.-Gen. Delaney said, the complaints are generally directed to the bodies within the military that are better equipped to assess non-criminal activity.

But even when there is no police involvement, and even when someone is ultimately cleared of wrongdoing, Col. Drapeau said reputations and military careers can be permanently damaged by accusations of sexual harassment.

"The elimination of sexual assault is not a numbers game," said Col. Drapeau. "Sexual assault, sexual harassment and bad jokes are not of the same grievous nature and should not be grouped together." 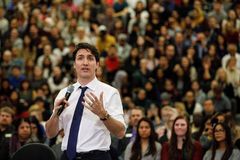 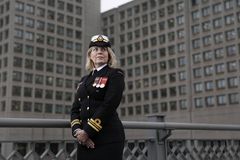 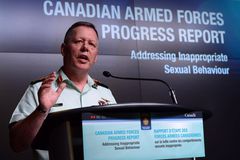