A panel appointed by the federal government to review the country's transportation system is calling for an overhaul of passenger security screening at airports, and replacing the Crown corporation that oversees it.

It is also recommends the privatization of the country's largest airports, including Toronto, Vancouver and Ottawa, as a way to boost the country's competitiveness.

The panel, led by former federal industry minister David Emerson, heard "near-universal condemnation" of the state of security screening at airports, the report said. In addition, it notes Canadians already pay the highest aviation security fees in the world to stand in lengthy lines for a service that can't keep up with the increasing air-passenger traffic. Mr. Emerson and his team, who were appointed by the previous Conservative government, spent 18 months reviewing the country's transportation system, including the Canada Transportation Act. This was a statutory review, and its findings were published in a report and tabled in the House of Commons last week.

The chapter on air travel is one of 13 chapters in the more than 200-page document.

Duncan Dee, the former chief operating officer of Air Canada, was one of the panel members. He says the current model is "broken."

"We heard from virtually every large airport in the country that the biggest bottleneck that travellers faced on a day-to-day basis at airports was the unpredictability of air-passenger screening," he said.

The Canadian Air Transport Security Authority (CATSA) is the Crown corporation in charge of air-passenger-security screening, created just after the Sept. 11, 2001, terrorist attacks in the United States. Slightly more than 57 million passengers were screened in 2014-15, according to its annual report. In 2019-20, however, screening will increase to 62.8 million passengers.

CATSA received $543-million from the government for 20150-16, but its funding has remained flat over the past few years while passenger volume has grown. Canada, meanwhile, charges more than any other country for security screening, and has three levels of fees – $7.48 for flying domestically; $12.71 for flying to the United States and $25.91 for an international flight. In the United States, there is one security fee regardless of the destination – $5.60 a head. "The only solution that the current model allows is 'give us more money,' and when you're in a fiscal environment in Ottawa where it's potential large deficits and you're already charging travellers the highest air security charges on the planet, the money answer really just doesn't get you very far," Mr. Dee said.

CATSA would not comment on the content of the report – A CATSA spokesman said the corporation is "reviewing" it the report.

The report says the "one size fits all" screening process – most passengers have to remove their shoes, and take out all of their liquids and gels – may fulfill the security requirement but is not sustainable in the long run. According to the report, "… it is not capable of meeting the current and projected growth in passenger numbers without massive increases in government funding, significant passenger inconvenience, or both." Another failing is the lack of standards in Canada governing how quickly passengers should be screened. Compare this to London's Heathrow Airport and the Hong Kong International Airport where "the prescribed standard is to screen 95 per cent of passengers in fewer than five minutes," according to the report.

Without such a standard in Canada, says the report, there is no impetus to "spur action on growing wait times."

The panel recommends CATSA be replaced with a single aviation security agency that would also have responsibility for regulatory oversight and operations. Currently, Transport Canada oversees the regulations, making CATSA less nimble to innovate. The Canada Border Services Agency, the report points out, has "embraced new technology and have made major progress in using new risk-based programs to improve service and wait times."

The panel recommends the large airports, such as Toronto, Vancouver, Edmonton, Calgary, Ottawa, Montreal and Halifax, be completely privatized. "Air carriers note that … the continued and rapid escalation in airport infrastructure costs significantly affects their ability to offer customers competitive fares, to grow their services and compete internationally," the report says.

In 1994, the government got out of running airports, and turned the management of them over to local non-profit airport authorities. The report says these are outdated. "Independent analysis and international examples show the benefit of increased private sector discipline in the management of large airports," according to the report.

Foreigners to undergo prescreening measures before flying to Canada
April 22, 2015 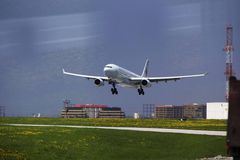 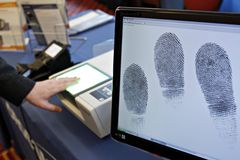 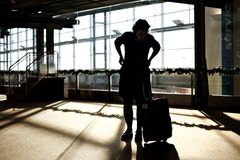