Canada's spies are developing an intelligence channel into Iran and are "vigorously harassing" Hezbollah operatives, but they remain deeply frustrated about their ability to combat terror, according to a revealing WikiLeaks disclosure that is sending Ottawa into damage-control mode.

A document released Monday as part of an ongoing dump of more than 250,000 U.S. diplomatic cables provides an extraordinary glimpse into secret operations of the Canadian Security Intelligence Service.

The cable also reveals how CSIS feels about Canadian attitudes. Former CSIS director Jim Judd went so far as to complain that judicial rulings and public naiveté were paralyzing his spies - specifically lamenting that Canadians were prone to "knee-jerk anti-Americanism" and "paroxysms of moral outrage."

Guarded in public and blunt in private, Mr. Judd is said to have been scathing in his frank assessments. "Director Judd ascribed an 'Alice in Wonderland' worldview to Canadians and their courts, whose judges have tied CSIS 'in knots,'" the cable said.

The report was written in the summer of 2008, as Mr. Judd sat down with Eliot Cohen, a U.S. State Department official. The Bush administration appointee's entourage took notes.

At the time, a series of Canadian judges were probing CSIS complicity in American actions that may have led to the torture of terrorism suspects - and a growing legion of CSIS lawyers were going to the wall to protect U.S. secrets. The irony is that the spy service has now been blindsided by the release of U.S. documents.

Intelligence insiders on both sides of the border tend to see the document dump as an act by a rogue soldier who they say stole the information and passed it along to WikiLeaks.

A CSIS spokeswoman refused to comment on the leaks Monday, but knowledgeable observers say damage assessment must be conducted and quickly. CSIS must now look hard at assessing whether terrorist groups have learned too much about its spy craft.

Overall, the spy service seems to feel it is gathering crucial intelligence in Canada and around the world - even if some information is still coming in murky.

For example, in 2008, the agency was hearing chatter in Afghanistan about a looming suicide-bomber-led jailbreak that ended up freeing dozens of Taliban captives in from the Sarpoza prison in Kandahar. Mr. Judd "commented that CSIS had seen Sarpoza coming, and its link to the Quetta [Taliban]Shura in Pakistan, but could not get a handle on the timing," according to the cable.

His assessment of the Afghanistan mission was more gloomy than the official government line - "due in part to [President]Karzai's weak leadership, widespread corruption, the lack of will to press ahead on counter-narcotics [and]limited Afghan security force capability."

The cable reveals that CSIS was engaged in a tricky dialogue with Iranian intelligence about Afghanistan and other matters. Mr. Judd seemed happy enough to have a line in to Tehran, even if he feared it was playing a double game. "We have not figured out what they are up to," he said, according to the cable.

Iran's proxy militia - Lebanon-based Hezbollah - was said to be present in Canada and Mr. Judd is said to have remarked CSIS is "vigorously harassing" known Hezbollah members.

Mr. Judd apparently played down concerns about "homegrown" al-Qaeda terrorism - characterizing it as "the recruitment of a small number of Canadian 'wannabes' of Pakistani origin for mostly overseas operations."

These and other leaks have produced widespread fears of embarrassment, but in Ottawa, Foreign Affairs Minister Lawrence Cannon insisted they won't harm Canada's relations. "The nature of the documents, as I understand it, the content, is not something to create worry," he said. "Relations between the United States and Canada obviously remain very strong."

More documents are coming - according to some indexing material already released, there are 2,276 cables that originated in Canada, and several hundred others that refer to Canada.

The range of the massive document dump extended to Canadian business interests as well. In October of 2008, a newly appointed U.S. ambassador to Kyrgyzstan wrote a 2,000-word cable to Washington detailing a bizarre two-hour brunch she'd had with the Duke of York - Prince Andrew - and group of business leaders that included representatives from a Canadian mining company.

The group discussed a Kyrgyz business climate choked with "corruption," a place where "nothing gets done" if the President's son "does not get his cut," according to the cable written by Tatiana Gfoeller.

While the cable did not name the Canadian company specifically, it did note that Canadian representatives at the meeting run "Kumtor mine."

Kumtor Gold mine lies near the Kyrgyz border with China and is operated by Toronto-based Centerra Gold. The company could not be reached at press time.

The Canadians apparently began the meeting with a long explanation of the "travails of trying to negotiate a revised mining concession that provides a greater stake in Kumtor's parent company to the Kyrgyz government in exchange for a simplified tax regime and an expanded concession."

Ms. Gfoeller went on to detail some of the business leaders' complaints. She wrote: "One businessman said that doing business here is 'like doing business in the Yukon' in the nineteenth century, i.e. only those willing to participate in local corrupt practices are able to make any money."

The Prince seemed amused by the grievances, saying "All of this sounds exactly like France."

With a report from Patrick White and Campbell Clark in Ottawa 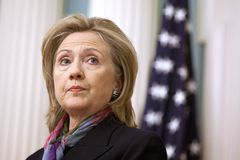 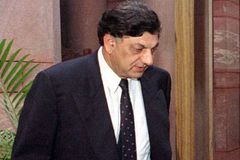 WikiLeaks have become a WikiGusher
November 29, 2010 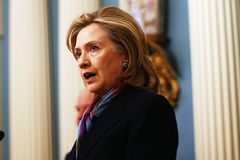 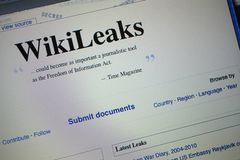 Karzai’s brother lobbied for role in Canada’s major aid project
November 28, 2010
Follow Colin Freeze on Twitter @colinfreeze
Report an error Editorial code of conduct
Due to technical reasons, we have temporarily removed commenting from our articles. We hope to have this fixed soon. Thank you for your patience. If you are looking to give feedback on our new site, please send it along to feedback@globeandmail.com. If you want to write a letter to the editor, please forward to letters@globeandmail.com.
Comments