The Canada Research Chairs program – one of the country's premier tools to attract and retain top academic talent – has failed to meet its own targets for the hiring of women, visible minorities, people with disabilities and indigenous Canadians, and the federal program's steering committee says it is urging universities to meet their equity goals.

In a letter sent to university presidents last month, the head of the committee said its members are concerned about the "very slow progress" that has been made on diversity among the 1,880 regular chairs.

"We are calling on you and your colleagues to sustain and intensify your efforts, in order to address, as soon as possible, the underrepresentation of individuals from the four designated groups within the program," wrote Ted Hewitt, president of the Social Sciences and Humanities Research Council, one of three agencies with representatives on the committee.

Federal Science Minister Kirsty Duncan, who had a long career in academia before entering politics, says she ordered a review of the program and is taking the equity issue "enormously seriously."

"I have spent the last 25 years of my life fighting so that young women wouldn't face the same challenges I did," she said.

Targets are set based on an estimate of how many people that belong to each group are in the pool of eligible academics. For women, the target was 30.6 per cent, but only 28.9 per cent of research chairs were female; the number of chairs who identified as being a member of a visible minority was 13.1 per cent, against a target of 15 per cent; indigenous scholars made up 0.95 per cent of the program, compared with a goal of 1 per cent; and persons with disabilities had only 0.59 per cent representation, although the target was 4 per cent.

Dalhousie and the University of Montreal could not provide figures upon request. All schools said the designations are self-reported and, for that reason, identification among the equity categories may not be complete.

A more elite version of the program, the Canada Excellence Research Chairs, counts only one woman among its 25 current members. A second woman, Jennifer Hoffman, recently left the program at UBC to return to Harvard University.

The Canada Research Chairs program is currently undergoing a review, with an eye to how to boost equity within the program. Universities nominate academics to the federal program, which vets and approves almost all the candidates. While universities are required to report to the federal government on their equity gaps, there is no punishment if the schools fail to meet their targets. Ms. Duncan said enforcement of targets is one option on the table for SSHRC in its review.

Amir Attaran, a University of Ottawa law professor who held a research chair until recently, said the federal department should publish equity data for all universities and refuse to accept applications from schools that consist ently underperform their targets.

"If the universities who are persistent systemic discriminators do not want to rise to equality, then the federal government needs to take away their inequality by removing chairs and funding from them," Prof. Attaran said.

Vianne Timmons, president of the University of Regina, says the onus is on academic leaders like her to be aggressive about equity. She said she has extended deadlines for jobs if there wasn't enough diversity among applicants and challenged those who are hiring to reach out into the community for more candidates.

"It's important for universities not to be complacent, not to accept a pool of applicants that doesn't have enough diversity in the candidates … , " Ms. Timmons said. "[Hiring gaps] should be disappointing to every university president. We need to be vigilant about equity issues." 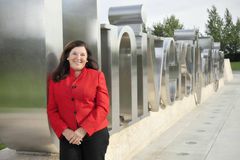 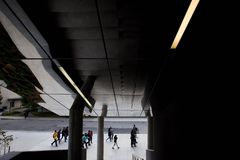 University of Ottawa to cut the carbon footprint of its investments
April 26, 2016 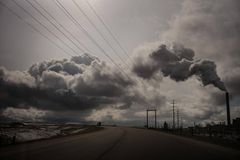