A majority of Canadians says Canada's efforts to reduce greenhouse gases have been dismal and they want the federal government to take the lead in creating tax policies for curbing emissions, a new poll suggests.

But a much smaller number of participants in the survey done for The Globe and Mail and released on Wednesday by Nanos Research said they want to see those taxes reflected at the gas pumps or on home heating bills.

The poll comes as federal parties pitch their plans for energy production and carbon reduction in the runup to a fall election, and federal and provincial governments work to submit a post-2020 GHG strategy to the United Nations ahead of the Paris summit in December, where global governments hope to conclude a climate treaty.

The survey was conducted the week that U.S. President Barack Obama vetoed legislation that would have allowed for construction of the Keystone XL pipeline that would carry oil sands bitumen from Alberta to Texas refineries. Critics say the pipeline would contribute to global warming, a conclusion that a State Department review rejected.

When asked to assess Canada's efforts to cut the output of the greenhouse gases that contribute to global warming, just 14 per cent of respondents rated them to be "good" or "very good." That compared with the 29 per cent who described the country's performance as "poor" and another 28 per cent who said it was "very poor."

"What this shows is that there is a general recognition in the Canadian populace that we are laggards when it comes to reducing greenhouse gas," said Nik Nanos, the president of the polling company.

Environment Canada says that without new action the country will fall short by a wide margin on the Harper government's pledge to reduce greenhouse gas emissions by 17 per cent from 2005 levels by 2020.

John Bennett, the executive director of Sierra Club Canada, said he is pleased at the level of understanding the survey respondents demonstrated.

"Their assessment of Canada's actions on climate change is absolutely correct," Mr. Bennett said. "And I think if there was a federal politician who wanted to show some leadership, there is something to be gained here."

But the survey also suggests most Canadians are unwilling to pay more in carbon taxes that put a price on pollution.

While 71 per cent said they "support" or "somewhat support" imposing new taxes on businesses that emit greenhouse gases, just 41 per cent were willing to consider new taxes on gasoline, and only 37 per cent supported hiking taxes on home heating oil.

"On the one hand," Mr. Nanos said, Canadians "want to reduce greenhouse gases, and on the other hand, they want someone else to pay for it, to bear the brunt."

Mr. Nanos, who is a global fellow in energy policy at the Woodrow Wilson International Center for Scholars in Washington, D.C., will speak this week at a Positive Energy conference at the University of Ottawa that will look at ways to garner social acceptance of energy development in Canada.

His company recruited 1,000 random Canadians by landline and cellular telephone to complete the survey online between Feb. 22 and 27. A poll of this size is expected to reflect the views of the general population accurately within 3.1 percentage points 19 times in 20.

Support for increasing taxes on gas and home-heating fuels was slightly higher in British Columbia than it was in other parts of the country. British Columbia has its own carbon tax, as has Alberta to a lesser extent. Quebec has a cap-and-trade market, and Ontario is promising to introduce a climate-change strategy this spring.

But "three out of every four Canadians gave a tip of the hat to the federal government to take the lead on policies for taxes on fossil fuels," Mr. Nanos said. "Part of this probably has to do with the view that Canadians don't want to see a patchwork tax policy."

With so many Canadians saying Canada is failing on greenhouse gas reduction, it is perhaps not surprising that Prime Minister Stephen Harper said in December that he is looking at the price Alberta has put on carbon as a possible model for the country.

The Conservative government has, so far, refused to regulate emissions from the oil and gas industries.

Liberal Leader Justin Trudeau told The Globe and Mail he believes Canadians understand it is necessary to put on price on carbon. "And not in a moral sense that it's good for the environment – although, yes, that's there – but in an economic sense, because we can't get our resources to market, we can't get trading partners to look at us kindly."

And NDP Leader Thomas Mulcair told The Globe: "We have to make polluters pay for the pollution they create and that includes carbon pollution. So putting a price on carbon is not something the NDP is going to just talk about, we're going to do it because we know it's the only way to start reducing greenhouse gas emissions in our country and come to grips with the real global challenge that is global warming." 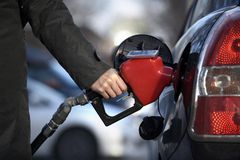 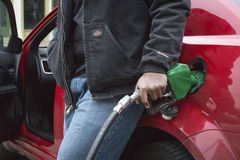 Ontario to move forward with carbon-pricing plan this spring
January 14, 2015 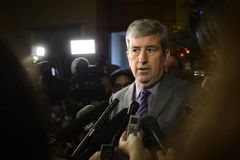 Carbon pricing coming to Ontario, strategy to be unveiled this year
January 13, 2015