Canadians strongly support the Conservative government's move to raise the contribution limits for Tax Free Savings Accounts, but expanding the Canada Pension Plan would be an even more popular move.

A new Nanos survey conducted for The Globe and Mail reveals 64 per cent of Canadians polled said they support increasing how much Canadians can put into a TFSA. The Conservative government's April 21 budget increased the maximum annual contribution limit from $5,500 to $10,000.

However, there is overwhelming support for another savings option that is strongly opposed by Prime Minister Stephen Harper and supported by the opposition NDP and Liberals. The survey found that 88 per cent of respondents support increasing the benefits Canadians receive through the Canada Pension Plan, with 52 per cent saying they strongly support such a move and 36 per cent saying they somewhat support the idea. Six per cent said they are somewhat opposed and 4 per cent are opposed.

In the days after the budget's release, the Prime Minister portrayed the TFSA measure and the budget's small-business tax cuts as an alternative to the opposition proposals related to the CPP.

"Our government does not believe in forcing Canadians into a single, compulsory one-size-fits-all approach," he said at a post-budget event in Winnipeg. "That's why we give people options, voluntary choices to help us save …. What we will not suggest is raising taxes on workers that they don't want to pay and claiming it is, quote, for their own good, and then hitting small businesses with tax hikes that small business cannot afford to pay."

Susan Eng, vice-president of advocacy for the seniors group CARP, said the Nanos numbers reflect her own organization's polling, which shows strong support for increasing TFSAs and the CPP.

"It's not an either/or situation," she said, noting that research shows many Canadians will not save enough for retirement on their own. "The bottom line is that voluntary has not worked, full stop."

The current average CPP payment for seniors is $639.44 a month, or $7,673.28 a year. The maximum annual amount a person can receive from CPP is $12,780. The cost of CPP benefits is paid for from assets managed independently by the Canada Pension Plan Investment Board.

Employees currently pay 4.95 per cent of pensionable earnings in CPP premiums, up to a maximum of $2,479.95 per year. Employers must match this amount.

Ms. Eng said the CPP provides Canadians with investment management that they could not afford on their own.

"Unless you have a sizable fund right from the outset, then you cannot get the kind of returns that are going to be adequate to look after your own retirement. There's just some things you can't do by yourself," she said.

Nanos surveyed 1,000 Canadians between April 24 and April 27. Participants were weighted by age, gender and geography to be representative of Canada. The margin of error is plus or minus 3.1 percentage points, 19 times out of 20.

While the poll found 64 per cent supported a TFSA increase, only 55 per cent said they were likely or somewhat likely to save more money in a TFSA over the next two years.

Pollster Nik Nanos said the broad popularity of the budget's TFSA change across age groups means the opposition may have a hard time criticizing the policy as a gift to the rich.

"Even if you try to argue that many Canadians will not take advantage of it, I think it would be fair to say that for the average Canadian, just knowing that they could put more money in a Tax Free Savings Account is probably a political win," he said.

Mr. Nanos said the strong support for CPP expansion could be driven by Ontario Premier Kathleen Wynne, who is promising a new provincial pension plan if Ottawa does not expand the CPP.

"This is one potential vulnerability for the Conservatives because it's pretty clear that the musings of the Ontario government in terms of increasing the benefits that Canadians receive through the Canada Pension Plan actually has a significant amount of traction out there, so that's probably one area that the opposition parties could kind of home in on," he said. "What this question does do is speak to the perceived inadequacy of the Canada Pension Plan." 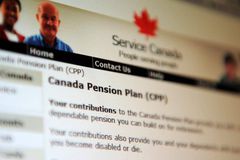 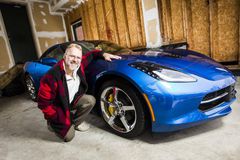 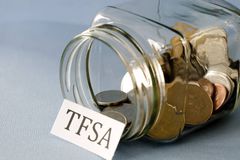