Political parties hoping to gain an edge on Oct. 19 should look to younger voters, experts and civic-education activists say, arguing that politicians must work toward reversing declining turnout among this demographic.

"This election will be won by 1 or 2 per cent. Imagine if one of the parties decided to focus a little bit more on young people and turn the needle, how big a chunk of undecided voters could be mobilized," said Heather Bastedo, a political science professor at Queen's University who studies youth voter engagement.

With postsecondary students back on campus for orientation week, student groups have ramped up efforts to get them to the ballot box. For some, it will be the first time they will ever vote.

From video ads to vote mobs and pop-ups, the goal is to increase a youth turnout rate in federal elections that has hovered below 40 per cent for those 18 to 24 years old, 20 per cent less than the overall numbers. Many say the culprit is not millennial apathy, but politicians who have given up trying to appeal to younger voters.

"When contact between politicians and voters happens, it makes people feel that they are receiving an invitation to participate. In our mind, it's a cause for concern that one of the levers that we have to bring people into the political process is being used less and less," said Jane Hilderman, executive director of Samara, a non-profit advocacy group that aims to increase civic participation.

A study released by Samara this week found that those under 30 were much less likely to report having been contacted by a politician than other age groups, particularly when compared with those over 56. And lack of contact is one of the main predictors of whether someone will be motivated to cast a ballot.

Some get-out-the-vote campaigns, like that from the Canadian Federation of Students, emphasize student-specific issues such as financial aid and debt, and the Green Party has released a platform that includes a promise of free tuition.

But many students say politicians could increase engagement just by going to campus.

"For a lot of us, the issues are the same as for other voters: health care, unemployment. I care about health because I love my aging grandmother," said Yvonne Su, one of the founders of Vote Savvy, a Canadawide group that is holding electoral parties, mobs and events, and producing ads warning students not to let others vote for them.

If the political campaigns want to benefit from the seven million eligible voters under 34, they will have to get creative, Ms. Hilderman said.

Calgary Mayor Naheed Nenshi is one example. He has won two elections partly by engaging with his more than 250,000 Twitter followers, and by not being afraid to participate in other online forums such as Reddit's Ask Me Anything.

When Mr. Nenshi first ran in 2010, he was little known and using social media was the most effective way to reach highly engaged voters quickly. Turnout on the campus of the University of Calgary was high, said Chima Nkemdirim, who was Mr. Nenshi's campaign manager and is now his chief of staff.

Not every politician would be able to replicate Mr. Nenshi's appeal.

"You have to be authentic. You can tweet him and there is a reasonable chance that you will receive a response. No one else has the password to his account and if you look at his tweets, no staff member would tweet what he does," Mr. Nkemdirim said.

And talking to younger voters on social media won't solve the deeper divide between university graduates and those with less education, Dr. Bastedo warned. Younger voters with BAs have turnout rates only 10 per cent lower than older voters, but 40 per cent more of them go to the polls than voters ages 18 to 34 who have not finished high school.

When politicians give up on young people, they're really giving up on those among us who can least afford to be forgotten, she said.

"Teaching at Queen's, my students feel quite engaged. Those with high school or less are virtually not voting at all," she said. "We are losing our democracy in a profound way." 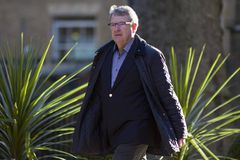 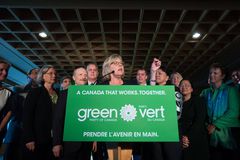 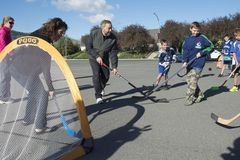