The CBC is fighting back against Quebecor's attacks on its $1-billion in annual federal funding, accusing the private broadcaster of receiving $500-million in public subsidies over the last three years without being accountable to taxpayers.

Having been accused for months of being a "money drain," the CBC is going further than ever in a bid to defend itself, accusing Quebecor Media Inc. of using public subsidies to "make record profits."

The CBC added that Quebecor president Pierre-Karl Péladeau has "sent over a dozen letters to the Prime Minister and others in government to complain that Radio-Canada does not spend enough money advertising in his newspapers."

CBC officials refused to release their copies of the letters, adding their goal was simply to correct the impression that Quebecor gets nothing from the public while the CBC receives $1-billion a year in federal funding.

Quebecor publishes newspapers across Canada, runs the dominant TVA network in Quebec and has recently launched the all-news Sun TV, which is in competition with the CBC News Network.

The firm's media outlets have regularly portrayed the CBC as a wasteful corporation, attacking the public broadcaster in both official languages in its pan-Canadian media outlets, in part with documents obtained under Access to Information.

Quebecor rejected the CBC's $500-million figure as a lie, adding it had referred the matter to its lawyers.

In a statement, the company complained that the CBC released its statement one day ahead of a planned appearance by Mr. Péladeau before a parliamentary committee studying the corporation's refusal to release some financial information through the Access to Information Act.

Quebecor said that TVA did receive $21-million from a federal television fund in 2010, but that another of its entities, cable provider Videotron, contributed slightly more to the pot.

The firm also blasted the CBC's advertising "boycott" of its various media operations.

"Quebecor Media made it known that it was unacceptable for a Crown corporation to deliberately ignore the most important media in Canada .... because it doesn't appreciate the editorial views of its publications," the company said in a statement.

In recent years, Quebecor researchers have submitted hundreds of access-to-information requests to the CBC, leading to a court battle in which the Crown corporation is fighting to keep records involving its creative, journalistic and programming activities completely exempt from public view.

"For more than three years, Quebecor has been using its newspapers, and more recently, its Sun News Network TV license to pursue a campaign against CBC/Radio-Canada," the CBC said in the statement issued on Wednesday.

"Quebecor has received more than half a billion dollars in direct and indirect subsidies and benefits from Canadian taxpayers over the past three years, yet it is not accountable to them," the CBC said.

The CBC explained its $500-million figure by pointing to $200-million in federal and provincial funding and tax credits related to Quebecor's television programming, as well as $13-million from the Canada Periodical Fund for its magazine. Finally, CBC argued that Quebecor saved $333-million in wireless spectrum costs by receiving a set-aside portion in an auction at a below-market rate.

The fight between Radio-Canada and Quebecor has been waged on a number of fronts. Mr. Péladeau sued a senior official at Radio-Canada, Sylvain Lafrance, who had called him a "voyou" (loosely translated as a "thug" or a "bum") in 2007. The matter was dropped earlier this year. 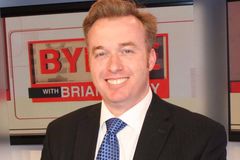 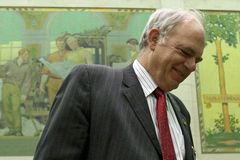 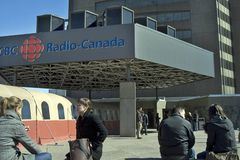 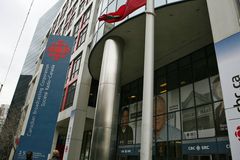 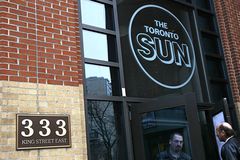 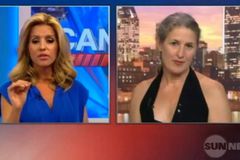 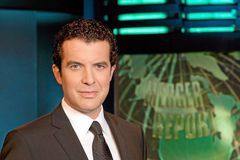