European exporters will save about three times the amount of duty payments compared with their Canadian counterparts in a landmark free-trade agreement, The Canadian Press has learned.

That apparent win for European exporters is contained in an internal EU analysis of its sweeping agreement-in-principle with Canada, sources say.

The figures emerged Tuesday as Prime Minister Stephen Harper rose in the House of Commons to table additional details of the Canada-EU trade pact.

"The free-trade agreement between Canada and Europe is the most important signed by our country. It will lead to jobs and opportunities for families, workers, companies throughout the country," the Prime Minister said.

"It is a historic moment."

International Trade Minister Ed Fast called the 26-page document from Harper a "detailed summary" of the trade agreement with the EU.

However, it did not contain the same detailed tariff prediction making the rounds internally in Europe.

Fast rejected critics of the government who have called for the release of the full text so it can be properly judged.

"Just one more example of the openness that has characterized this entire process, we'll be tabling a very detailed summary of these outcomes in the House of Commons," Fast said earlier Tuesday in a speech in Ottawa.

In an interview, Fast said the benefits of the agreement "go far beyond tariff elimination." Just as important, he added, is the elimination of non-tariff barriers that have bedevilled Canadian firms trying to do business in Europe.

He also said the federal government will more than make up for the lost $670-million in tariff revenues.

"We expect that the gains on the economy will more than outstrip the tariff losses. At the end of the day, this will be a net fiscal benefit to Canada," he said.

Part of the reason for the gap on tariff elimination is that Europe currently exports more to Canada than the reverse, meaning EU exporters currently pay more duties. A Canadian official noted that the deal will also open up previously closed markets to Canadian exporters, particularly for beef and pork producers.

Jayson Myers of the Canadian Manufacturers and Exporters industry group says another factor may be the mix of exports from Canada, but that his members, including smaller firms, are anxiously eyeing the large and lucrative European market. He says the deal will open up plenty of opportunity for exporters, but firms must be prepared to jump in.

"We could have zero economic benefits if companies don't take advantage of the openings. I think they will," he said.

Harper signed the agreement-in-principle in a splashy photo-op in Brussels earlier this month, saying it would create up to 80,000 jobs – although some economists, particularly those attached to labour groups, say the figure is not credible.

The deal is touted as easing the flow of goods and services between Canada and the European Union, including labour, autos, beef and wine.

It will take 18 to 24 months for the deal to be ratified by both sides.

Fast said when the deal is concluded it will be tabled in the Commons and the government will issue implementation legislation, after which the deal will be debated.

The text itself will have to "scrubbed" by lawyers, and both Canada and Europe will have to get approval of the deal from its respective constituencies, the Canadian provinces and territories and Europe's 28 countries.

The government document, Technical Summary of Final Negotiated Outcomes, contains bullet-point summaries of the seven major sections of the Comprehensive Economic and Trade Agreement or CETA.

They include agricultural and non-agricultural goods, services and investment, government procurement, intellectual property and dispute settlement.

Some of the details were previously released Oct. 18 in Brussels when Harper signed the agreement-in-principle with European Commission president Jose Manuel Barroso.

Stuart Trew, a trade specialist with the Council of Canadians, said Harper's tabling of documents Tuesday was not worth the hype.

"There is little new information in this CETA summary and we still have no text, so there is no way to trust the Harper government's exaggerated claims about this deal," said Trew.

"For an agreement of this scope and permanence that was negotiated in secret, there should be a way to review, revise or reject any part of it before it becomes law." 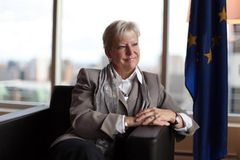 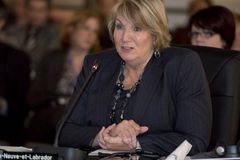 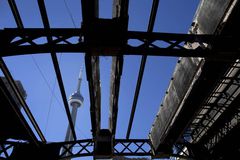 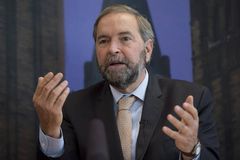