Two Quebec university professors are challenging Parliament's approval of changes to the succession to the Crown, arguing it is unconstitutional and violates the Canadian Charter of Rights and Freedoms.

For some involved in the case, the goal is to rejoin the constitutional battle and provoke a debate leading to a sweeping result – the abolition of the monarchy in Canada.

On Friday, a motion was filed in Quebec Superior Court taking issue with Canada's Succession to the Throne Act, which gives consent to a bill adopted in British Parliament last April changing the rules of succession to allow for the firstborn, regardless of gender, to succeed to the throne.

Geneviève Motard and Patrick Taillon, constitutional experts at Laval University in Quebec City, contend that the federal law represents a constitutional amendment and that Prime Minister Stephen Harper's government failed to obtain approval of all the provinces as required under the 1982 Canadian Constitution.

By adopting the new rules of succession to the British Crown, the law "does not follow the amending procedure and no resolution has been passed by the legislative assembly of any province," the two professors argue in their motion.

Marc Chevrier, a University of Quebec at Montreal political scientist who acts as a consultant on the case, said the fundamental issue involved not only reopening the constitutional debate but also considering the abolition of Canadian monarchy. There has always been a strong anti-monarchy movement in the province fuelled by Quebec nationalism.

"If the amending rules are to be applied should they not be used to simply abolish the monarchy rather than to modernize it," Mr. Chevrier said. "And the most astonishing thing about this issue is that Quebec has said nothing. … If this can reopen the constitutional debate, then Quebec can use it to table its own demands."

The Laval professors are receiving advice from astute constitutional experts: André Joli-Coeur, the Supreme Court-appointed lawyer who argued Quebec's case in the 1998 federal government reference on Quebec secession; and André Binette, who was legal council to the Quebec government during the 1995 referendum on sovereignty. The professors may seek the advice of other experts when the case proceeds to court.

The Succession to the Throne Act was adopted in Parliament at the end of March with little debate. According to Mr. Chevrier, Quebec's silence on Ottawa's imposed changes to the succession rules was all the more surprising since the province was challenging the Harper government's proposal to unilaterally reform the Senate. The federal law gave consent to the British bill that removed the priority of male heirs over female heirs, and also ended the disqualification from the line of succession arising from marrying a Roman Catholic.

The two Laval professors argue that the religious requirement constitutes "a discrimination that is contrary to the freedom of conscience and religion and the right to equality" guaranteed in the Charter. They also maintain that since the British Act was written in English only, it violated Canada's official languages law, which was another argument for declaring it unconstitutional.

Prince William's marriage to Kate Middleton, who is about to give birth to their first child, provided added impetus to the British government's desire to change the succession rules.

In 2011, when the proposal for change was being considered, British Prime Minister David Cameron sought consent from 16 of the 54 Commonwealth countries – such as Canada, Australia and New Zealand – that still claim the British monarch as their head of state.

Mr. Harper moved quickly to support the changes, but in his haste he may have sowed the seeds of a constitutional confrontation, especially with Quebec.

Australian constitutional expert Anne Twomey concluded after examining the Harper government's quick approval to the British Succession to the Crown Act that the Canadian approach appeared "to be either constitutionally invalid … or completely ineffective."

"It is likely that the Canadian government took the gamble of this approach in order to avoid the hassle of obtaining the agreement of the provinces while banking upon the likelihood that no one would have the standing or motive to challenge it," Ms. Twomey wrote. "It shows … a willingness on the part of Canadian politicians to sacrifice Canadian independence to avoid to engage with the provinces."

Mr. Chevrier says that when Britain adopted the Canada Act in 1982, paving the way for the patriation of the Constitution, it ended its power to legislate for Canada. "The British Parliament has no authority to determine what represents the British Crown for Canada," Mr. Chevrier said. "It creates quite a dilemma. How can the federal government rule on a British law that has no legal standing in Canada? …The federal law is simply unenforceable." 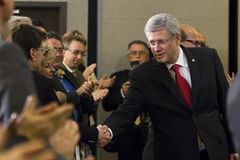 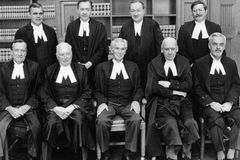 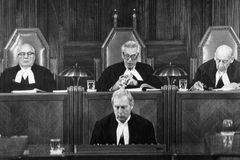 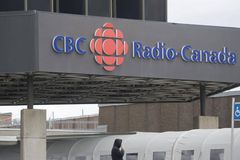 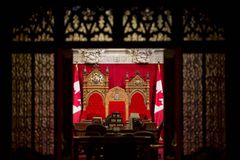 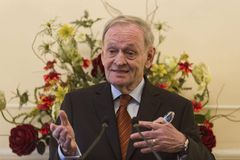