Prime Minister Justin Trudeau is defending the expansion of preclearance measures at the Canada-U.S. border, arguing that the Canadian Charter of Rights and Freedoms will protect Canadians who are screened by U.S. officials.

But critics fear that giving more powers to U.S. border guards at a time when President Donald Trump is promising to impose "extreme vetting" of some people coming to the United States could spell trouble for Canadian travellers.

A Liberal government bill, C-23, implements a 2015 border deal signed between then-prime minister Stephen Harper and his counterpart Barack Obama. While the bill didn't attract much attention when it was first introduced in June, 2016, it is now facing heightened scrutiny in light of Mr. Trump's talk of tighter border enforcement and recent reports of Canadian travellers facing invasive questioning as the try to enter the United States.

Read more: Trump's immigration ban: What we know so far, and how it affects Canadians

"When you're doing preclearance in Canada, the Canadian Charter of Rights and Freedoms and Canadian laws are in place, so there is extra protection when Canadians go through American customs in Canada because they are protected by the Charter on Canadian soil," Mr. Trudeau told reporters Wednesday in defending the bill.

The practice of having U.S. border officials preclear travellers at Canadian airports has been around since the 1950s. It is aimed at easing border congestion and is currently in place at eight international airports in Canada.

The bill is aimed at expanding the number of preclearance locations at airports and to apply the system to specific land, rail and marine crossings, including Montreal's central train station and Toronto's Billy Bishop airport.

The legislation contains new descriptions of the powers border officials will have, including new powers to carry firearms. One change that has attracted concern is language related to situations in which a traveller chooses to withdraw from the preclearance process and not cross the border.

Under the current law, travellers can simply leave a preclearance area on Canadian soil. However, the new law would force them to identify themselves and to explain their reason for withdrawing from the screening process.

Some Canadian immigration lawyers have expressed concern about that aspect of the bill.

Federal officials defend the provision, pointing to language in the bill that states this must not cause "unreasonable delay."

In an interview, immigration lawyer Michael Greene, a former national chair of the Canadian Bar Association's citizenship and immigration centre, countered that the term "unreasonable" is open to interpretation, especially under a new President who frequently talks about "extreme vetting" at the U.S. border.

"It's very subjective," he said. "Justin Trudeau's view of what's reasonable I don't think is probably on the same line as Donald Trump's view of reasonable. … We will see fishing expeditions and we'll see people targeted because of their faith and perhaps the colour of their skin. That seems to be the experience that lots of Canadians have when they travel to the U.S."

The 1982 Charter – which the Prime Minister pointed to Wednesday and was brought in by his father, Pierre Trudeau – outlines fundamental freedoms, such as freedom of conscience and religion and freedom of belief, opinion and expression. It also states that every Canadian citizen has the right to enter, remain in and leave Canada; the right to be secure against unreasonable search or seizure; and the right not to be arbitrarily detained or imprisoned.

The NDP proposed an amendment Tuesday that would effectively kill the bill, arguing that Canadians should be concerned with how the new powers may be used by the Trump administration.

"I'm not making any comment on the merit of the argument [that the Trump presidency will create new problems at the border], but if that's the argument, it makes Bill C-23 even more important," he said. "Getting all those customs and immigration processes out of the way before you board the plane or before you cross the border, doing it on Canadian soil under Canadian law under the Canadian Charter of Rights and Freedoms – that's a massive advantage for Canadians."

Mr. Goodale also said that he would be open to considering amendments to the bill, which will soon be studied by a House of Commons committee.

The Conservative Party, which signed the original Agreement on Land, Rail, Marine, and Air Transport Preclearance deal with the Obama administration, is broadly supportive of the bill.

Conservative public safety critic Tony Clement said this week that criticism of the bill has been "overblown."

"If there was no preclearance, Canadians would not be able to take advantage of nearly half of the direct flights between Canadian and United States destinations," he told MPs this week as the legislation was debated. 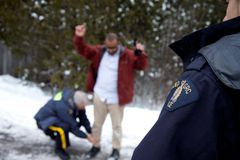 A solution to Canada’s refugee surge is no easy feat
February 21, 2017 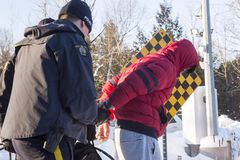