Quebec authorities are calling it a first – an elected official coming forward to denounce people after being the target of alleged corruption.

The province's anti-corruption squad, known as UPAC, is giving Châteauguay Mayor Nathalie Simon full marks for filing a complaint with police this past September.

The mayor was hailed as a hero Thursday as the unit announced four arrests in a corruption sweep in the working-class town south of Montreal.

Police allege the four men were trying to corrupt Ms. Simon with money and personal favours in exchange for decisions that would lead to influential positions within the city's administration or to land being rezoned for development projects.

The men are expected to be arraigned in February on charges that include fraud against the government, conspiracy, municipal corruption and breach of trust.

More arrests may be forthcoming.

"We have benefited from the extremely rare yet exemplary co-operation of an elected official," Mr. Lafrenière told a news conference.

"Nothing can be held against Ms. Simon. To the contrary, she honourably denounced an unacceptable situation."

He noted that Ms. Simon is the first elected official to come forward in such circumstances.

Mr. Lafrenière said Ms. Simon's name was made public because, in part, it would be clear who was being targeted.

He said it was important to highlight the "exceptional character of the present case" and that he hoped Ms. Simon's actions would encourage other politicians to follow suit.

Police afforded Ms. Simon the protection they felt was necessary, he added.

The province's anti-corruption czar said things are improving in the fight against corruption, but that it will take a lot of effort to change a deep-rooted culture.

"It's clear that some people haven't gotten the message – in a case like this we're not talking about allegations from 2007 or 2008, we're talking about 2013," Mr. Lafrenière said. "So we say we need to be alert and vigilant."

A summary of the unit's corruption-fighting efforts for 2013 will take place next week. 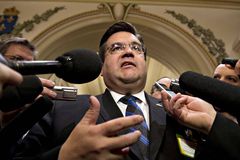 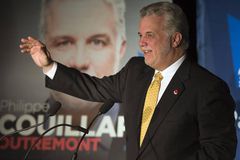