The chief of the Northern Ontario reserve who declared a state of emergency because her people are living in plywood shacks with no heating or running water has been given a strong endorsement from fellow first-nation leaders in her battle with the federal government.

Chiefs from across Canada, who are meeting in Ottawa this week, stood one after the other to condemn Aboriginal Affairs Minister John Duncan for sending a third party into Attawapiskat to manage its finances after Chief Theresa Spence issued a cry for help.

Ms. Spence said she was "in shock" when the minister and his Conservative government opted to attack the accountability of Attawapiskat's financial reporting at a time when her people are in desperate need of shelter.

"It's very unprofessional and very rude of him to put us in third-party [management]while we are in crisis," she told reporters. "As we speak today, the people in Attawapiskat – and it's not just only Attawapiskat but other first nations – are living in tent frames and sheds."

The chiefs voted unanimously in favour of a motion that calls for, among other things, first nations to stand behind Attawapiskat and its leadership and for the membership of the Assembly of First Nations to ask the United Nations to monitor Canada's actions.

The AFN's members do not always display such unanimity of purpose. Earlier this year, first nations in several provinces dropped out of a panel process created by National Chief Shawn Atleo and Mr. Duncan to take a hard look at why schools on reserves are failing their students.

But the Attawapiskat issue, which prompted what first nations leaders perceive to be a patronizing intervention by Ottawa, has had a galvanizing effect.

Shortly after Ms. Spence spoke to reporters, Mr. Duncan unveiled new legislation his government is introducing to changes the voting system for chiefs and councillors on first nations. The minister took just three questions from reporters, mostly about Attawapiskat, before fleeing the stage.

Mr. Duncan and Prime Minister Stephen Harper point out that the community of fewer than 2,000 people has received more than $90-million in federal funds since 2006 and they allege there have been some accountability issues.

Jacques Marion, the man selected by the government to step in and take over the handling of the roughly $17-million that flows annually from Ottawa to the reserve, was told to go home when he turned up in Attawapiskat on Monday.

Ms. Spence says her reserve's record-keeping has improved in recent years. She accuses the government of sending a message to first nations that they will be punished if they make noise.

But, if the chief can count on support from her counterparts across the country, her own community has expressed division on the issue. Some Attawapiskat residents have said they want Mr. Marion to return.

Still, Mr. Atleo, who has been trying to bridge the divide between the first nations and the government since he became leader of the group in 2009, took a hard swipe at Ottawa's handling of the problems in Attawapiskat during a speech to the chiefs at the meeting on Tuesday.

"Canada saw for the first time last week what we see every day … This is a national disgrace. We have reason to feel angry and betrayed," Mr. Atleo said. "The way forward is based on respectful treaty implementation and an equitable share of resources from [first-nations]land, not imposed punitive unilateral action." 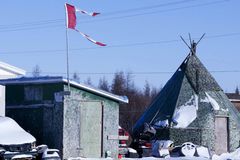 After six years in office, Harper to meet with first-nations leaders
December 1, 2011 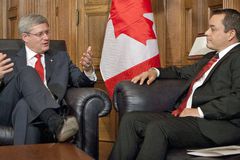 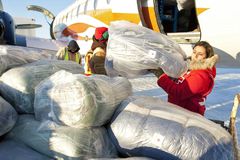 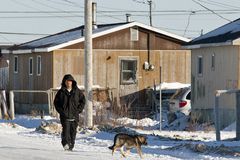 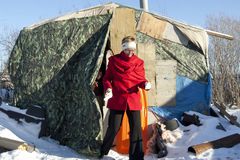 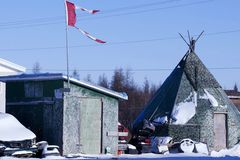