China is outpacing Canada in determination to tackle climate change and rein in greenhouse gas emissions, says Maurice Strong, a long-time environmentalist and secretary-general of the first global Earth Summit 20 years ago.

Mr. Strong – who lives in both Toronto and Beijing – is in Ottawa this week for a conference on Canada's role in the green economy as countries prepare to convene next month in Rio de Janeiro for a global summit known as Rio+20.

Once a leader in the global environmental movement, Canada is now seen as a serious laggard, with even emerging countries like China showing more commitment to costly adjustments to reduce emissions, the high-profile businessman and diplomat said in an interview on Monday.

China is now the world's largest emitter of greenhouse gases, although on a per capita basis it remains well below levels in the developed world. But the country has set ambitious targets in its five-year economic plan to decouple emissions growth from economic development. And it has vowed to stabilize emissions by 2030.

"They realize that they have to reduce emissions and they've got policies that are every strict," said Mr. Strong, who serves a government adviser in his role as an honorary professor at Beijing University.

"So they are committed. However, the continued rapid growth in their economy tends to offset that. But you are going to see them in Rio as amongst the most progressive and responsible countries, and the contrast with Canada will be quite evident."

The Rio+20 summit will draw leaders from around the world – including Alberta Premier Alison Redford – in an effort to regain momentum that was lost during the recent global downturn for policies aimed at greening the energy system and reducing emissions.

Mr. Strong chaired the first Rio summit, where countries adopted the United Nations Framework Convention on Climate Change, which has led to global negotiations on an international treaty to reduce emissions and hold the rise in global temperatures to no more than two degrees Celsius. That summit also adopted a convention on biodiversity that aims to reduce the rapid loss of species around the world.

Mr. Strong also worked at Montreal-based Power Corp., and was chairman of PetroCanada and Ontario Hydro – and played a number of roles at the United Nations.

As the world prepares to reconvene in Rio, Mr. Strong said humanity faces no greater issue than climate change, including a weakened global economy.

"The issues we are dealing with at Rio+20 are fundamental issues of survival, of survival of conditions that make life as we know it feasible on this planet," he said, adding the politicians are often blinded by ideology and ignore the seriousness of the issue.

"The scientific evidence has pointed to a much greater degree of urgency today than there was in '92, but the political will has not matched that. ... And this country is perhaps the major example of this."

The long-time adviser to Liberal prime ministers slammed Prime Minister Stephen Harper for playing down the threat from climate change and failing to take decisive action.

"Our Prime Minister is a very intelligent person, and what is really disappointing is that he allows his intelligence to be over-ridden by his ideology. And this is a major example of that."

The Harper government insists it is playing its part in global effort to reduce emissions, and has pledged to lower Canada's GHG production by 17 per cent from 2005 levels by 2020 – a target also embraced by U.S. President Barack Obama.

However, Ottawa attracted international condemnation by withdrawing from the Kyoto Protocol, saying a treaty that does not include major emitters like the United States, China and India was neither fair nor effective at addressing the problem.

Mr. Strong objected to the Harper government's rejection of developing nations' argument that the industrialized world created the climate crisis and therefore bears the greatest responsibility for solving it.

"When you are looking at who is responsible, mainly, for climate change, you have to look at which countries have done the most to contribute to the accumulation of carbon emissions. And that is, of course, the Western countries. And therefore they have a greater responsibility." 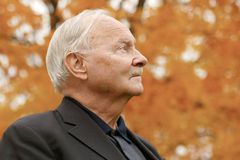