China wants to forge a historic free-trade deal with Canada, but a senior Chinese official said this will require Canadian concessions on investment restrictions and a commitment to build an energy pipeline to the coast.

China sent its Vice-Minister of Financial and Economic Affairs to Ottawa this week for discussions with senior bureaucrats about the prospect of negotiating its first free-trade deal with any North American country.

The visit comes months before the Prime Minister is expected to lead a trade mission to China and India, with a particular focus on opening wide-ranging free-trade talks with Beijing.

"During the term of Prime Minister Justin Trudeau there are rare, historical opportunities between China and Canada," Han Jun told The Globe and Mail.

He said a free-trade agreement would be good for both Canada and China.

"If there is an FTA arrangement between China and Canada, you can see a flooding of potash, agricultural products and energy products from Canada to the market of China."

China is rapidly developing an urban middle class of consumers with a taste for fish, wine, pork and other goods produced in Canada. Canadian seafood exports to China alone jumped by 16.2 per cent between 2012 and 2013. Demand will only increase, as the Chinese middle class is projected to reach to 854 million by 2030.

The Canada China Business Council estimates a free-trade pact could boost Canadian exports by $7.7-billion by 2030 and create an additional 25,000 Canadian jobs.

However, Mr. Han said China will come to the table with its own demands, namely the removal of restrictions put in place by the former Conservative government on Chinese state-owned investments in Canada's oil and gas sector.

"Highly concerned about this," Mr. Han said. "I felt we were being discriminated in the process."

"The Chinese felt that we changed the rules for special state-owned enterprises. They feel the rules that have been imposed are very difficult. They would like a re-examination of that," said Colin Robertson, a senior fellow at the Canadian Global Affairs Institute.

China had also opened talks with the Harper government on a maritime energy corridor, which Mr. Han said is still a priority for his government.

"They would like to buy our Canadian oil and gas, but they can't get it there because they don't have the pipeline," Mr. Robertson said. "Basically, they want us to get pipelines, as do the Japanese and Indians, to the coast so they can get access to oil and gas."

The Chinese desire for a pipeline may prove impossible to achieve. The new Liberal government effectively killed the Northern Gateway pipeline when it banned all crude-oil tanker traffic on the North Coast of British Columbia, while the B.C. government has refused to support the $6.8-billion expansion of the Trans Mountain pipeline. The leading contender now is Energy East, which would deliver oil from Western Canada to refineries and port terminals in New Brunswick and possibly Quebec, but it is years away from regulatory approval.

Canada has a huge trade imbalance with China. Total bilateral trade was $63-billion in the first nine months of last year, but nearly $49-billion of that came from Chinese imports.

In an earlier presentation to Borden Ladner Gervais law firm, Mr. Han said China will be in the market for Canadian green technology to help cut carbon emissions. In 2014, China spent $89.5-billion on clean energy.

Mr. Han also offered assurances that the market turmoil in China and slower economic growth do not indicate that the economy is in trouble. He noted the economy is still forecast to grow at 6.5 per cent, much faster than growth rates in the United States.

"So you don't need to worry that China's economy will slide over the cliff," he said.

Canada must stand up to the United States to secure deals with China
January 15, 2016 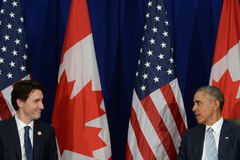 Opinion
Trudeau’s dance with the dragon: China must give as much as it takes
January 13, 2016 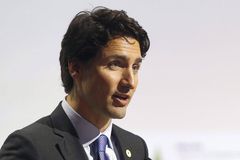 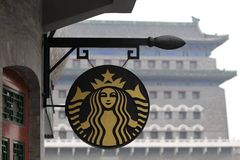