Anbang, the massive Chinese conglomerate that has purchased a foothold in Canada's health-care system, finally broke its silence Thursday to defend its takeover of one of B.C.'s largest retirement-home chains, arguing the deal was approved after great scrutiny at multiple levels of government.

Anbang, which had not responded to media requests for months about its bid for family-owned Retirement Concepts of Vancouver, released a statement that sought to emphasize the degree of approval it had received in Canada, saying the transaction had been "rigorously reviewed and fully approved by health authorities in British Columbia, Alberta and Quebec with primary jurisdiction over seniors care facilities in those provinces."

B.C.'s Health Minister Terry Lake contradicted Anbang's claim, however, saying the federal government of Justin Trudeau may have approved the foreign takeover this week but the various regional health authorities in his province have yet to complete their reviews and decide whether they will issue operating licences to the new owners.

Globe editorial: A question for Ottawa: How well do you really know Anbang Insurance?

B.C. Conservative MP Cathy McLeod told the House of Commons she has received phones calls from seniors worried about Beijing-based Anbang's purchase of family-owned Retirement Concepts, which has about 24 retirement-nursing homes, mostly in British Columbia and with a handful in Alberta and Quebec. It is British Columbia's highest-billing provider of assisted-living and residential-care services to seniors.

"Our seniors are concerned about the quality of care, of food and the credentials of the people caring for them," Ms. McLeod said. "This transaction is clearly not about charity, it is about profit. Why would the Prime Minister put the care of our parents and grandparents at the mercy of profiteers pulling strings from Beijing?"

Anbang's commitments given to Ottawa, however, do not include a pledge to create new jobs for Canadians, despite the fact that Retirement Concepts is part of the booming senior-care sector. Anbang only promised to "maintain at least the current levels of full-time and part-time employees" at the retirement-nursing homes.

Conservative MP Diane Finley asked how the Liberals can "justify selling a Canadian medical-facilities company to [Mr. Trudeau's] friends in Beijing with no guarantee of benefits to Canadians?"

Anbang said on Thursday that it's undergone rigorous scrutiny already in Canada, suggesting it had been subjected to "one of the most comprehensive regulatory review processes under federal and provincial law in Canada."

Mr. Lake, the health minister, said the B.C. government had not finalized the licensing process.

In an interview Thursday, he said that none of the four regional health authorities involved in funding elder care services through Retirement Concepts have issued a licence to the new owners.

"We have, of course, legislation in place when any residential-care or assisted-living [facility] is transferred it has to be approved either by the medical health officer for the regional health authorities or, in the case of assisted living, by the registrar of assisted living," Mr. Lake said.

He said those health officials have not completed their reviews.

"They know of the sale, they have had submissions from Retirement Concepts that say they will continue to operate, that there will be no change, but until those licensing officers approve the new licences on behalf of the new owner, nothing is final," he said.

"They haven't been approved at this point."

Mr. Lake said he could not estimate when a decision would be made, as the approval process is handled at arm's length from the political arm of government.

Retirement Concepts is British Columbia's highest-billing private provider of assisted-living and residential-care services. The B.C. government paid Retirement Concepts $86.5-million in the 2015-16 fiscal year, more than any of the 130 similar providers.

Opposition parties in Ottawa pressed the Liberals further on how they could approve a purchase – believed to exceed $1-billion, by Anbang given its murky ownership structure.

Anbang has faced repeated questions in the United States over ownership and ties it has to the Chinese state. The New York Times last year reported that 92 per cent of Anbang was held by firms fully or partly owned by relatives of Anbang's chairman, Wu Xiaohui; or his wife, Zhuo Ran, the granddaughter of former Chinese leader Deng Xiaoping; or Chen Xiaolu, son of a famous People's Liberation Army general.

On Thursday, however, Anbang in its Canadian media statement called itself a "highly transparent company."

Opinion
Globe editorial: A question for Ottawa: How well do you really know Anbang Insurance?
February 23, 2017 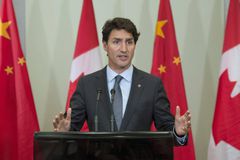 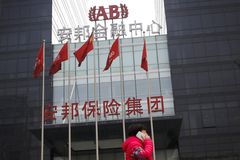