Now that one of the worst-kept secrets in Canadian politics has moved from rumour to fact, federal political parties can openly plot how to win – or retake – the riding vacated by Olivia Chow and the multiple seats it will become after the 2015 election.

Ms. Chow's departure from the NDP benches in the House of Commons to vie for the Toronto mayor's chair creates an opportunity for the Liberals to regain turf they lost to her, first in 2006 and then again in 2008 and 2011. It also gives the NDP Leader Thomas Mulcair a chance to prove that the support his party has enjoyed in Trinity-Spadina is deeper than the popularity of Ms. Chow herself and her marriage to former leader Jack Layton.

The Conservatives have increased their share of the popular vote in Ms. Chow's riding through three elections. But in 2011, when Prime Minister Stephen Harper won a majority nationally and made inroads into Toronto that had previously eluded him, Tory candidate Gin Siow still captured less than 17 per cent.

Trinity-Spadina, with its plethora of condos, university enclaves and ethnic villages leans left – but not so far left that the NDP has it locked down. And when the electoral map is redrawn in the coming year to create two separate ridings – Spadina-Fort York and University-Rosedale – there is expected to be considerable jockeying among Liberals and New Democrats.

Christine Innes, the wife of Tony Ianno who represented Trinity-Spadina for 13 years before being defeated by Ms. Chow in 2006, has already indicated her intention to seek the Liberal nomination. She was defeated as the Liberal candidate twice before but the departure of Ms. Chow could provide her with an opening.

As for the NDP, they say they will take nothing for granted.

New Democrats "will work hard to carry on Olivia's strong legacy of service and commitment to the community," said party spokesman George Soule after Ms. Chow's resignation from federal politics was announced on Wednesday. "We'll be opening the riding for nominations very soon."

When journalist Linda McQuaig put up a strong showing for the NDP in a by-election last fall in Toronto Centre that was ultimately won by Liberal contender Chrystia Freeland, Mr. Mulcair said Ms. McQuaig would make a dynamite candidate in the future riding of Spadina-Fort York. Perhaps she will want to first take a run in Trinity-Spadina.

And there are other names being tossed about like that of Mike Layton, Ms. Chow's stepson who is a Toronto city councillor; popular Toronto councillor Adam Vaughan; or Jennifer Hollett, the former MuchMusic host who contested the nomination in Toronto Centre.

Mr. Layton, who would be a sentimental favourite after his father had such success in the last federal election only to die a few months after, says he will not run federally. "I've had the honour of serving the residents of Ward 19 for the past three and a half years, and I look forward to continuing that work, both locally, as well as city-wide," he said Wednesday.

But time and pressure may change his mind.

Whoever wins the by-election, which must be held within the next six months, will have the seat for just a short time. A general federal election will be called in the fall of 2015, if not sooner. Then there will be two ridings up for grabs and the jostling will begin in earnest.

There is much speculation that Ms. Freeland will want to run in University-Rosedale, which will include the northern part of what is now Toronto Centre.

In the meantime, the federal New Democrats will be without one of their veterans – a woman who was a party icon because of her own achievements and because of her relationship with Mr. Layton.

Ms. Chow has been working behind the scenes of her mayoralty bid for many months and critics say that has distracted her from her duties in Parliament. Although she was the NDP transport critic, she missed a significant number of meetings of the Commons transport committee since the House returned in the fall.

But she is a skilled politician and someone the New Democrats counted upon to direct public attention to their issues.

"As a Member of Parliament, Olivia's passion, competence and strength were evident as she defended the interests of Torontonians," said Mr. Mulcair in a statement. "As an NDP critic, she worked passionately on important files, including rail safety. A visionary, she has always been able to bring people together to get results – such as expanding Canadians' powers of citizen's arrest in the 'Lucky Moose Bill.'"

Now he has to find one person to replace her in the short term – and two people before 2015.

With a report from Ann Hui in Toronto 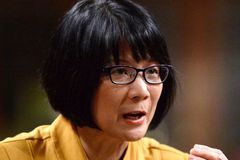 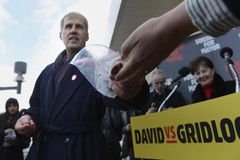 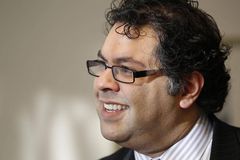