A Canadian religious organization that has publicly referred to homosexuality as a perversion has received more than $2-million from the Canadian International Development Agency since 1999, including funds for a project focused on HIV/AIDS education in Africa.

Crossroads Christian Communications Inc., a large Christian organization based in Burlington, Ont., was thrown into controversy on Sunday when the Canadian Press reported that it referred to homosexuality as a sin on its website, grouping it with bestiality and pedophilia. The page was removed after Crossroads was asked for comment.

The organization is currently receiving nearly $545,000 from CIDA to build a water filtration system in Uganda, a country that has considered anti-gay legislation that could include the death penalty.

International Co-operation Minister Julian Fantino indicated on Sunday that he would ask CIDA officials to review the current contract before any further payments are made. But cutting the funding seems unlikely because Mr. Fantino's office has suggested that a group's religious convictions should not jeopardize its development work. "We fund projects, not organizations, based on merit," Mr. Fantino told The Globe and Mail in a statement on Monday. "Projects are delivered without religious content."

Funding records show that Crossroads has received a total of $2.7-million in government funds since 1999 for projects that include two HIV/AIDS-related programs in Zambia and a rehabilitation project for girls living on the streets in Kenya.

Between 1999 and 2011, Crossroads was awarded nearly $674,000 for its Lazarus Project, a vocational school in Zambia that also focused on HIV/AIDS education and, according to the website, "counselling and psycho-social support."

Another project, valued at nearly $415,000, ran from 2007 to 2011 and involved organizing a mobile clinic and education workshop for HIV/AIDS testing and mitigation in Zambia.

In a statement released late Monday, Crossroads said it is "not anti-gay" and provides aid "based solely on human need and does not discriminate, nor does Crossroads attempt to influence or lobby foreign governments or policies."

Crossroads also said it "supports the Canadian government's position that strongly opposes the criminalization of homosexuality and violence on the basis of sexual orientation" and welcomes the CIDA review.

Sandra Chu, a senior policy analyst at the Canadian HIV/AIDS Legal Network, said she is not familiar with Crossroads, but is concerned that HIV/AIDS funding might have been granted to an organization that has voiced anti-gay sentiments. "When you have a group that has homophobic statements, you're going to deter people from accessing health care, you're going to deter them from accessing harm reduction services, from seeking HIV testing, treatment," Ms. Chu said. "All those things that we know are good for public health and for individual health."

Asked about the HIV/AIDS projects, a spokeswoman for Mr. Fantino pointed out that CIDA contracts include a clause that requires organizations not to discriminate for religious or any other reasons when they are providing international development assistance.

When the Uganda contract was announced in February, 2011, Bev Oda, then the international co-operation minister, and Burlington MP Mike Wallace, who represents the riding in which Crossroads operates, lauded the project in the joint statement.

"This initiative will allow girls the chance to attend school, and women the chance to provide additional income and care for their families," Mr. Wallace said in the statement.

The page on Crossroads' website that drew attention includes homosexuality and transvestism with pedophilia and bestiality. It calls same-sex attraction a sexual sin and a perversion. It goes on to say that "if you still experience temptations, you need the help of a spirit-filled minister, counsellor, one of our Crossroads prayer partners."

This isn't the first time Crossroads has faced accusations of anti-gay sentiment. Its TV station has played host to many controversial figures, including now-Sun News Network host Michael Coren and televangelist Charles McVety, who was dumped from the network after the Broadcast Standards Council found his comments regarding homosexuality to be "excessive, inappropriate, disparaging, and abusive." The station's founder, David Mainse, was directly involved in campaigns to oppose same-sex marriage and gay publications.

Justin Ling is a freelance reporter

Justin Ling is a freelance reporter 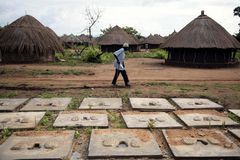