For 45 years, the Canadian International Development Agency has been synonymous with Canada's efforts to alleviate poverty and respond to disasters abroad.

That brand – as Canada and the world know it, at least – is no longer. On Thursday, the Conservative government announced that CIDA, once a standalone agency, will be absorbed into the Department of Foreign Affairs and International Trade. The change, which was spelled out in the budget, is a bold and symbolic final step after years of efforts to more closely align the agency's priorities with other government objectives.

CIDA, which has long been a thorn in the Harper government's side, enjoyed a relative degree of autonomy from the Prime Minister's Office because of its executive structure. By changing that structure, the government will have far greater control over the way development work gets done – a shift that will put aid more in step with Canadian foreign interests, such as trade.

"The government will continue to provide essential aid to those most in need in developing countries," the government's 2013 budget document states, adding that CIDA's maternal, newborn and child-health initiative will continue, along with efforts on public-sector governance, agriculture and justice reform.

But foreign policy objectives and trade opportunities will play an increasingly significant role in future decisions on international assistance. "As the linkages between our foreign policy, development, and trade objectives continue to grow, the opportunity to leverage each of these grows at equal pace," according to the budget.

However, the change comes as a concern to some development professionals, who were already worried that a growing shift toward aligning foreign aid with trade and commercial priorities could detract from the agency's core mandate, which is to alleviate poverty.

Aileen Carroll, who was a minister of international co-operation under Paul Martin's Liberal government, said she is concerned that the government's push toward more private-sector partnerships that have "nothing to do with aid effectiveness" will increase as a result of the merger.

Mr. Fantino's chief of staff, Neil Desai, and Greta Bossenmaier, senior executive vice-president for CIDA, briefed a select group of non-governmental organizations about the changes late Thursday afternoon, explaining that development assistance would gain a new legislative mandate and suggesting the minister in charge of international development could have an increased status as a result of the change.

A spokeswoman for Mr. Fantino said he was not available for an interview Thursday evening.

Several non-governmental organizations said they are worried the changes could undermine Canada's response to the needs of the most vulnerable people in developing countries.

"We're particularly concerned about the needs of children, who are living in poverty and are subject to malnutrition and exploitation, and responding to their needs might not necessarily get us closer to our trade objectives or our foreign policy objectives," said Elly Vandenberg, a director of policy and advocacy at World Vision Canada.

Kevin McCort, president of Care Canada, said it's reasonable for the government to want to align its development aid with trade and foreign policy.

But the shift could mean that development work is focused more on what can be achieved in the short-term, and countries with long-term needs could be left behind. "There's a concern that they'll still focus on the poor, but it might go to more short-term concerns and more immediate ones that have a closer alignment with the trade and foreign affairs agenda," Mr. McCort said.

Calgary Mayor Naheed Nenshi, who has worked on development issues with the United Nations in the past, said he was concerned to hear about the changes. "I'd like to make sure that this is not the beginning of the end for Canada's official development assistance," he said.

But Scott Gilmore, a former Canadian diplomat and founder of the international aid group Building Markets, said the change was long overdue and would make Canada's foreign aid more effective.

His group, which he said is mostly funded by the U.S and British governments and wealthy donors in Silicon Valley, has accepted CIDA money in the past, but does not currently receive funding from the agency. He dismissed criticism from other NGOs about CIDA's move: "In Canada we have a particularly ossified NGO community. Any time something happens to CIDA, they panic, because the vast amount of their money is coming from CIDA," he said.

Several organizations also said they are concerned the current functions of CIDA could slow down as the agency looks to amalgamate with DFAIT.

The agency is already co-funding development projects in several communities where Canadian mining companies operate. The companies are required to help with funding, and the projects are run by non-governmental organizations. The initiative has been criticized by some development experts, who worry CIDA is placing too much emphasis on Canadian commercial interests, while proponents view it as an innovative way to leverage more money for development assistance.

With reports from Jeff Gray and Kathryn Blaze Carlson 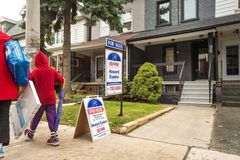